Umpire Dale Scott returns after struck by liner in Texas 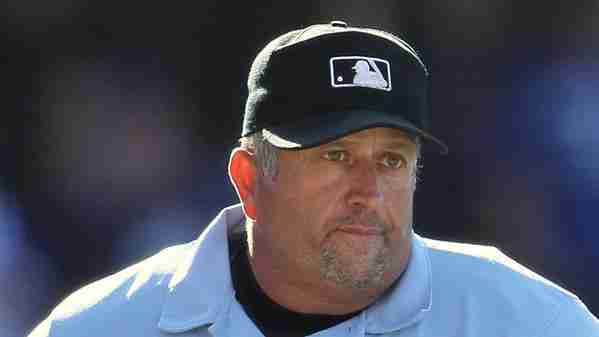 ARLINGTON, Texas (AP) _ Umpire Dale Scott returned to finish a game in Texas with a bruised left thigh after being struck by a line drive.

Scott initially left the game between the Rangers and Oakland after being hit by A’s third baseman Brett Lawrie’s liner with two outs in top of the fourth inning. After being treated, Scott was back on the field working second base at the start of the seventh inning.

When Lawrie’s liner hit Scott in the upper left leg, a Rangers trainer immediately went to check on Scott.

The umpire walked gingerly off the field after briefly conferring with the trainer. Scott grimaced in pain, but never left his feet.

The umpires worked as a three-man crew for the 2 1-2 innings Scott was off the field. Scott won’t work Thursday’s game and will be replaced.

Lawrie briefly chatted with Scott and patted him on the back as the umpire was walking toward the Rangers dugout.

Earlier this month in Boston, a Massachusetts woman was struck on the head by Lawrie’s broken bat.

Tonya Carpenter was hospitalized with what were initially described as life-threatening injuries after being struck June 5 at Fenway Park. She was discharged from the hospital and transferred to a rehabilitation center a week later, when doctors said she was making an excellent recovery.