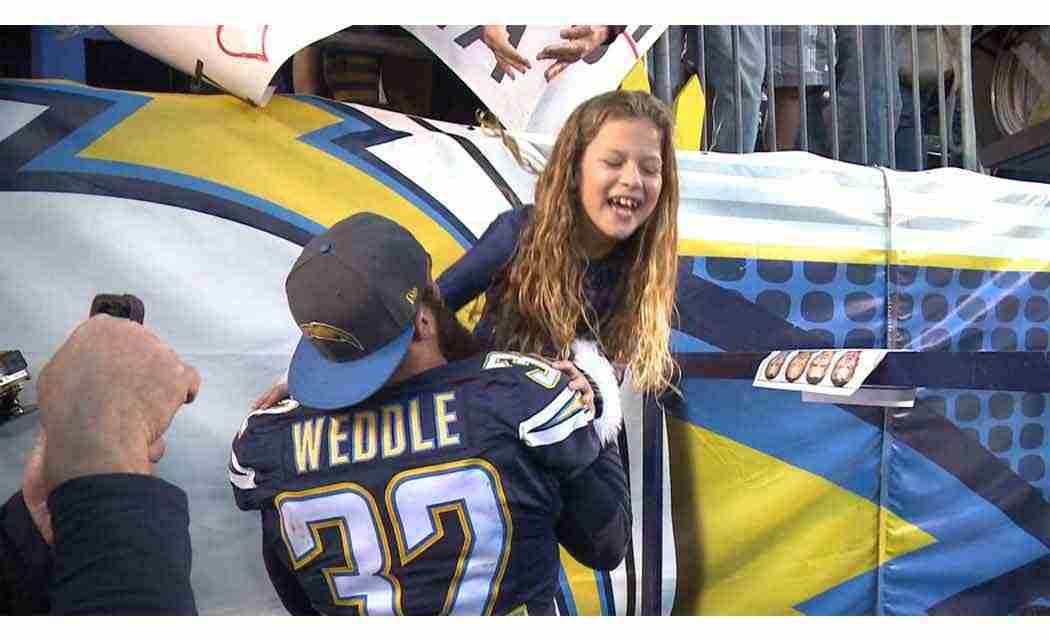 SAN DIEGO — San Diego Chargers safety Eric Weddle was fined $10,000 by the team for remaining on the sideline at halftime of a Dec. 20 home game to watch his daughter dance in a program sponsored by the team’s cheerleaders, agent David Canter said Monday.

Canter said he and Weddle didn’t plan to divulge the fine, but changed their minds after Weddle and three other players were placed on injured reserve Monday and then told in a team meeting that they will not travel to Sunday’s game at Denver.

“If you do bad things to good people, you deserve to have your dirty laundry aired in the limelight,” Canter told The Associated Press. “Eric’s done nothing but give nine years to the Chargers’ organization; his heart, his soul, his body.”

Sunday’s game not only could be the last one with the Chargers still calling San Diego home, but it’s almost certainly going to be Weddle’s last with the team. His contract is expiring and the team has made it clear there will be no extension.

Chargers Chairman Dean Spanos wants to move the team to a Los Angeles suburb. Fellow owners could decide at a meeting next month whether the Chargers, Oakland Raiders or St. Louis Rams, or some combination, can move to the Los Angeles area.

Canter said he plans to file a grievance with the NFL Players Association to fight the fine.

The Chargers played what could have been their final game in San Diego on Dec. 20. At halftime, Weddle stayed on the field to watch the halftime show, in which a number of young girls, including his daughter, performed with the team’s cheerleaders. He apparently didn’t tell the coaches he was going to do so.

Coach Mike McCoy confirmed Weddle was fined but not the amount.

“We have a club policy here and there are certain things we have to do as a football team at halftime and make adjustments and things like that so that’s why we did that,” said McCoy, who added that it was an “organizational” decision to fine Weddle.

After that game, Weddle spent nearly two hours mingling with fans and signing autographs, both on the field and then in the parking lot. Teammates Philip Rivers, Malcom Floyd – who is retiring – and Antonio Gates also came out to greet fans in an emotional setting.

After the last of the fans left, Weddle went out to midfield to lie on his back on the Chargers helmet logo for a few minutes.

Weddle was notified of the fine last week, Canter said.

Weddle was not in the locker room Monday during the time reporters were allowed in.

Weddle re-injured his groin in a loss at Oakland on Thursday night, which dropped the Chargers to 4-11.

“Team has multiple players they aren’t putting on injured reserve that can not play this weekend but have decided to put (at)weddlesbeard on IR,” he posted.

Weddle stayed away from offseason workouts after the team didn’t offer a contract extension. He did report on time for training camp.