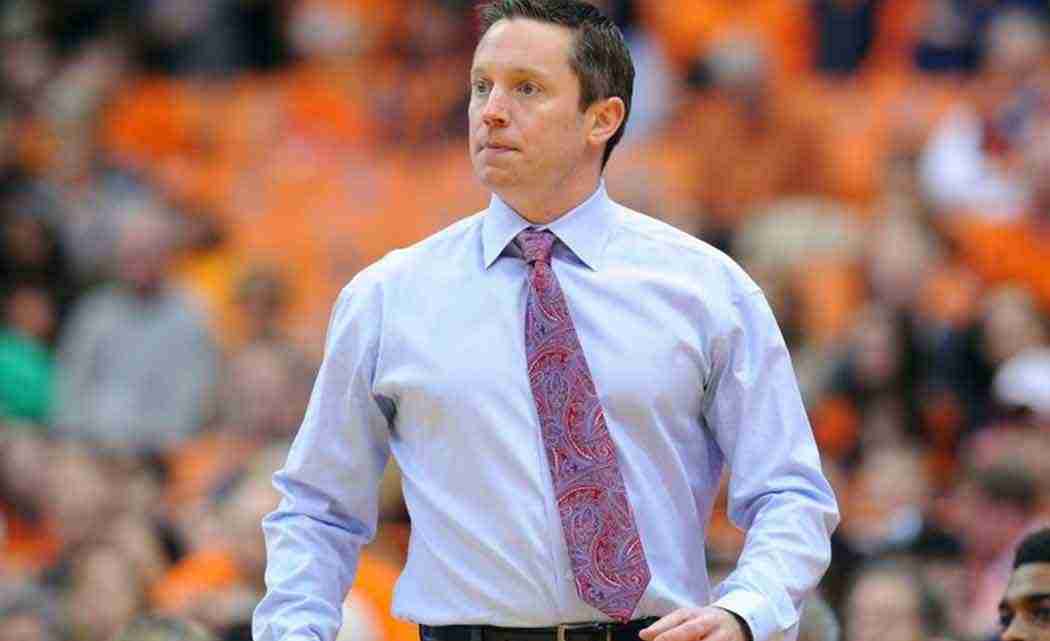 GAINESVILLE, Fla. (AP) _ Florida coach Mike White is getting a few pointers about his new job.

Not just anyone’s two cents, either.

White has spoken to former Florida coach Billy Donovan several times in the last few days about what to expect and who to lean on as he makes the most daunting coaching transition of his life.

It’s a welcome relief, especially given the program Donovan put together in Gainesville and the legacy he left behind.

“It’s more of embracing the fact that you have a great, great job that Coach Donovan has built,” White said Monday as the school formally introduced him. “I think it was a good job when he got here, and now it’s a great job.”

Replacing Donovan will be a tough job.

The former Louisiana Tech coach was tasked with keeping the Gators at the level they’ve grown accustomed to _ Donovan guided the football-first program to two national titles, four Final Four appearances and 14 NCAA Tournament berths in 19 years _ and possibly improving it. White agreed to a six-year contract worth $2 million annually Thursday, a week after Donovan left for the NBA’s Oklahoma City Thunder.

White turned down coaching offers from Missouri and Tennessee last year, but jumped at the chance to come to Florida _ even though it meant replacing Donovan.

“It’s been flattering,” said White, who has five children. “We’ve been courted by some really good institutions and some really good athletic directors. Timing is of the essence, and we’ve had family issues with adding to our family in the past, which has always been a little bit of a factor.

“But the biggest factor is us being patient for the right one. … And it’s ended up that we’re in a place where my wife and I have dreamed about being at a place like this for a long, long time.”

White was joined Monday by his parents _ his dad is Duke athletic director Kevin White _ and three assistants he brought from Ruston, Louisiana. Several Florida players, including leading scorer Dorian Finney-Smith, attended the news conference as well as Donovan’s father.

White is leaving a fourth spot open for Louisiana Tech associate head coach Dusty May in case he doesn’t replace White in Ruston.

White led the Bulldogs to a 27-9 record and the NIT quarterfinals last season. He was born in Florida, played at Mississippi, spent four seasons as an assistant at Jacksonville State (2000-04) and then seven with the Rebels (2004-11) before getting his first head coaching job with Louisiana Tech. He went 101-40 (.716) in four seasons with the Bulldogs, winning at least 27 games in each of the last three years.

Athletic director Jeremy Foley insisted Monday that White was the only coach he spoke to during the search, shooting down rumors and reports that Dayton’s Archie Miller and Xavier’s Chris Mack were his top choices.

“That type of perception is ego, like Florida only needs to go hire Red Auerbach and Vince Lombardi,” Foley said. “Every coach starts somewhere, so if you thought somebody couldn’t handle the job, then of course you wouldn’t do it. This is not a short-term conversation where you’re trying to win a press conference today and then everybody says what a great hire it is. It’s where you’re at five years from now, 10 years from now, 19 years as the case might have been with Billy.

“I don’t understand it. I hear it, but I think that’s being disrespectful not only to those respective institutions but to the coaches themselves.”

Donovan, among others, lauded White’s hire. And he quickly reached out to offer support and answer any questions.

“The people are really important to him,” White said. “Obviously, he wants to see the University of Florida continue to be really successful. He’ll continue to be a great resource, and I’m extremely appreciative because I know how busy he is.”