Wife of Dolphins CB lashes out at Tannehill on Twitter 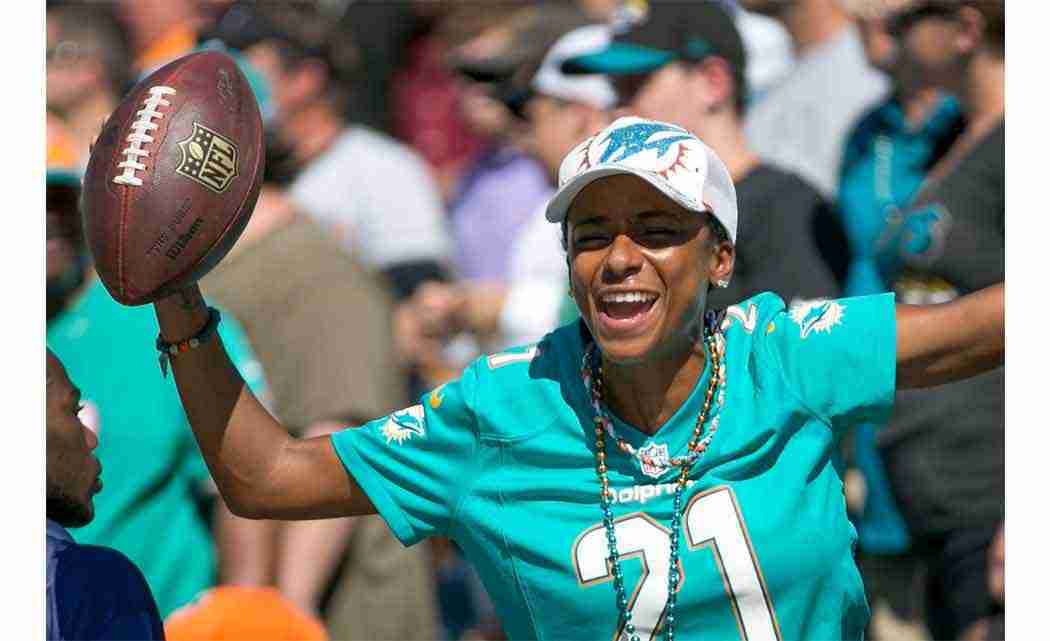 Miko Grimes, who has 10,000 Twitter followers, is known for her strong opinions and profane postings, and has criticized Tannehill before. But her reaction to Sunday’s 18-12 loss to Indianapolis was particularly vehement.

“How many people does ryan tannehill have to get fired before you realize he’s the problem,” she wrote. “Yall do realize no legitimate coach will come here if he’s our qb, right? we’re screwed as long as he’s under center! just admit it!”

The rant is one more sign this season can’t end soon enough for the Dolphins (5-10). They’ve lost three games in a row and are assured of finishing last in the AFC East for the first time since 2007.

Interim coach Dan Campbell managed a smile when asked about the tweets.

“This is not the first time that these things have happened,” Campbell said. “You can’t listen to all that stuff out there.”

Players are off until Wednesday. Campbell declined to say whether he discussed the matter with Brent Grimes, but said he’s not concerned about the relationship between Grimes and Tannehill.

“I’ve never sensed that there has been any animosity or disconnect between those two guys,” Campbell said. “That has never been an issue, and I still don’t believe it’s an issue. …

“Everybody is entitled to their own opinion. Certainly my wife sometimes thinks different than I do. She has that right.”

Brent Grimes is 32 and has struggled this season, raising doubts as to whether the team will bring him back next year. His wife’s tweets could make the Dolphins’ decision easier.

Miko Grimes was well-known in South Florida even before she was arrested at the stadium before a game in September. Police said she disobeyed an officer’s command to stop, was combative even after being handcuffed and head-butted an officer.

Tannehill is 28-35 as a starter and has yet to take Miami to the playoffs in his four NFL seasons. His first two offensive coordinators and head coach Joe Philbin were indeed fired.

But Miko Grimes’ remarks seemed a mite harsh given the beating Tannehill took against the Colts. Working behind an injury-riddled line, he was sacked six times, including on Miami’s final play when rookie center Jamil Douglas botched the snap to end a comeback bid.

Tannehill limped badly in the final minutes, and his left leg was wrapped afterward. Since 2012 he has been sacked more than any other quarterback, including 44 times this year to tie for the league lead, but hasn’t missed a start in his career.

“He’s one of the toughest guys, and especially quarterbacks, that I’ve been around,” linebacker Kelvin Sheppard said. “That guy has taken a number of hits this year, and every time he gets up. I’ll take my hat off to Ryan.”

“It’s frustrating not winning,” he said. “I could care less about getting hit if we’re winning, you know? It’s not easy to win when the quarterback is getting hit, so that’s something we want to fix.”

It probably won’t get fixed before Sunday, when the Dolphins close out their season against AFC East champion New England. Miami can play the role of spoiler, because the Patriots are trying to clinch the No. 1 overall seed in the conference playoffs.

The Dolphins have no plans to shut Tannehill down, Campbell said.