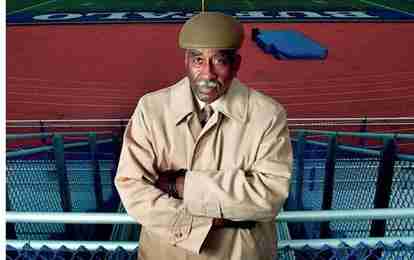 BUFFALO, N.Y. – Willie Evans, the star black halfback of Buffalo’s 1958 team that balked at competing in the Tangerine Bowl because of a rule barring integrated football games, has died.

The school announced Evans died in Buffalo on Wednesday after a brief illness.

Evans grew up in Buffalo and was a member of UB’s 1958 team that went 8-1 and won the Lambert Cup, awarded to the nation’s top small school in the East. Buffalo accepted a berth to play in the Tangerine Bowl before being informed the school district which operated the host stadium in Orlando, Florida, barred integrated games.

Buffalo’s roster featured two black players, Evans and defensive backup Mike Wilson. The school left the decision to compete up to its players, who unanimously rejected the invitation.

Reflecting back in 2008, Evans was still stunned over the rule barring him from playing.

“I’m saying to myself, ‘Well I didn’t do nothing to these folks,'” Evans told The Associated Press. “In talking with the fellas, we laugh about it now. And we sum it up and say, ‘It was just dumb.'” It took 50 years for Buffalo to play in its first bowl game: a 38-20 loss to Connecticut in the 2009 International Bowl.