Could Coronavirus Succeed Where the Grinch Couldn’t?

Miami Gardens homeowners will see an increase in their property taxes if the City Council approves a proposed budget that had its first hearing on Wednesday.

The hike, proposed by City Manager Danny O. Crew, is needed to save city jobs and services. But 28 jobs would be eliminated, some of them currently vacant, a hiring freeze already in effect would continue.

An increase in taxes would not sit well with some residents.

“I disagree with the increase,” said Janice Coakley.  “I believe that there are other things that can be done besides increasing taxes.”

Mayor Shirley Gibson and Crew both said keeping the tax rate at the current level would mean more job loss and severe cuts in city services.

“It is a very difficult situation sitting here,” Gibson said. “I don’t sit here and not think about your money.  Be aware of what you ask for. If we give it to you, a lot of things that you have had for free in the past you will have to pay for.”

Gibson said the city still has a relatively small work force. Some departments have only one employee and if that person is fired, it would result in a reduction of the services the city can provide.

Councilman Andre Williams was among those who offered suggestions to the budget planners, including reducing the special pay budget that is used to reimburse city employees for cell phone and car use and totals more than $115,000.

Currently, some city employees are reimbursed $67 a month for their cell phone bills. Williams suggested cutting that number in half.

“I am not talking about cutting somebody’s salary. I am talking about special pay,” said Williams. “We are asking our residents to make sacrifices and I am suggesting that we ask the employees to do the same.”

“I agree with the merit-based system generally but, in these very difficult times, I don’t think it’s fair to ask our citizens to pay more,” Gilbert said.

Crew replied that merit-based pay is an incentive for employees who work very hard.

“We have an extremely strong base of employees here,” said Crew. “We have people who put in 50, 60 and 70 hours per week and they’re not paid for it. You have to reward that somehow.”

The council told Crew and his staff to take a detailed look at what items would have to be cut from the budget if the tax rate remains unchanged.

At the suggestion of Councilwoman Sharon Pritchett, the manager and his staff will also look into itemizing the budget and putting it on line.

“I would like to see a more detailed budget,” said resident Chanel Charles. “I think that it is important that the citizens of this district have transparency and that we are able to see things more clearly.” 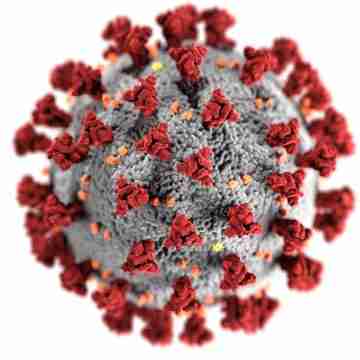 Could Coronavirus Succeed Where the Grinch Couldn’t?