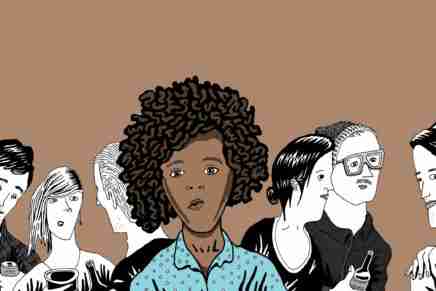 A Black person, even the most conscious, down, woke, Black person will have at least one Blackpiphany in their lives.  We will be going along in our beautifully melanated skin, living our Black lives, and something will happen that suddenly provides us with a new reality on what it means to be Black in America.

We figure – that of all things — we’ve got the Black-thing down.  Hell, we are pros — we’ve been Black since the day we were born.  Parental lessons, life and direct experience have taught us about all of the extra bullshit that accompanies being Black, and as a result most of us unconsciously know that we must operate totally differently from White folks to make it in this world.  Why do you think Black folks are always dressed more formally than White folks (besides the fact that we are just naturally fly?); we are trying to look as “legitimate” as possible because we know that by the very nature of being Black, we look more suspicious to some.  We smile just a little too hard to let the White lady on the street know that we aren’t dangerous; we never move without identification, we drive the exact speed limit through nicer neighborhoods (driving too slowly can get you in just as much trouble as driving too fast).

We do these things without thinking most of the time—unconsciously living our lives as Black folks.  But then—it happens—a Blackpiphany.  The slapping your Black, happy ass back into dis here American-reality.  You will be putting your suitcase in the overhead bin in first class, when a flight attendant tells you that space is reserved only for first class travelers (despite the fact that you are 1K Platinum status).  Or your neighbor of 12 years and whom you consider a friend, tells a racist joke at a neighborhood potluck.  Or when you get passed over for a promotion though you are Ivy-league educated, work long hours, and are the biggest producing employee – and they instead hire Jim McCardle with his marketing certificate from the University of Nothing.  Or you discover that you are being followed by security at a major department store where you have spent more on clothes and shoes than you did on the down-payment for your home.

Blackpiphanies happen all the time publicly to celebrities—leaving us simultaneously feeling sorry for them and shocked about their naivety (because when it’s not us, we are quick to judge).  Remember when the Hermes salesperson wouldn’t get a purse off of the shelf to show Oprah because she didn’t feel that Oprah could afford it?  Or when John Henson of the Milwaukee Bucks was trying to buy a Rolex watch, but the employees thought he was about to rob the store?  Do you remember Fuzzy Zoeller saying that he would serve fried chicken and watermelon at the Masters Dinner to Tiger Woods?  Think back to when the esteemed Harvard professor, Henry Louis Gates, seemed shocked when he was arrested after it was suspected that he was breaking into his own home.

Just like these celebrities, we are traumatized when these type of incidents happen to us.  We can remember the day and perpetrator of each of our Blackpiphanies—we can speak with raw anger at something that happened 20 years ago:

And then he called me Nigger.

She told me I couldn’t come to her birthday party because her Dad didn’t like Black people.

She said I couldn’t try out for a princess in the school play because princesses weren’t Black.

For me, there has been no greater Blackpiphany than the one caused by Trump’s campaign.   Trump is a world-record, “ain’t this some shit”, Blackpiphany personified.  Never have this many Black people collectively and simultaneously realized how racist White folks are.  Don’t get me wrong 99.9% of Black people know that there are racists in the world, but most of us had no idea that there were so many.  DAYUMM!

And who knew White folks were so damn angry?!  On the outside looking in, it looks like they have it made: significantly less police brutality, highest wages for the same job, the benefit of free labor for 300 years, jeans that fit their butts, the ability to shop without be ever being followed or told how expensive an item is, the ability to work-out or jump into a pool without considering your hair.  White folks have the luxury of being worried about crap like inheritance taxes and gluten free brownies.

Yet, they are clearly very angry —  as evidenced by Trump rallies, online comments, and Facebook posts. We.  Had.  No.  Idea.

We, Black folks, know that a decision to vote for Trump technically does not mean that a White person is racist.  But, people aren’t technical, we are feeling.  And Black folks feel that a person is racist if they are supporting Trump.  Even if they are not racist, they are racist-agnostic.  There are some lines that we, Black folks, felt that our friends wouldn’t accept being crossed; that they wouldn’t consider doing lunch with people who felt this way, much less vote one to be the most powerful man in the world.  Being a racist is one of those uncrossable lines.

From our perspective:  If you are still voting for Trump after he has been sued twice by the Justice Department for not renting to Black people, accused a judge of not being unbiased because he has Mexican heritage, insists that President Barack Obama wasn’t born in the United States, hasn’t denounced the White Supremacists who are campaigning for him, condoned the beating of a Black Lives Matter activist and a homeless Latino man, called his Black employees at his Trump casino “lazy”, wants to build a wall to block specific races and religions out of the country, you are either racist or at least complicit in racist behavior.

Consider this for instance, if I were hiring for a position at my company and the person was an ideal candidate, in fact over-qualified for the position, but he was a convicted child molester, I wouldn’t hire him.  I wouldn’t even consider him.  His qualifications would no longer matter. Similarly, when it comes to Trump Black folks, would like to think that White people would have placed character over politics.  “If he isn’t for all people; he can’t be for America” is what Black folks thought White folks would say.\

Passionate * Opinionated * Curious * Perpetually excited about life, Randi Bryant writes on her blog Beatnik24.com and has her first book coming out in early 2017. When she’s not writing, she is happiest when there is a glass of wine in her hand. 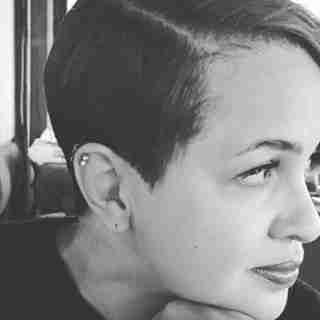 Next post The truth about America is being revealed

Previous post The Day After (From Trumped to Eventual Triumph)

The Day After (From Trumped to Eventual Triumph) 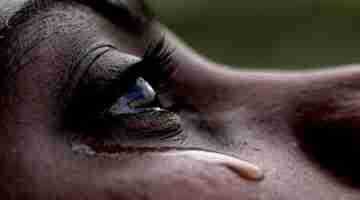