Is China the land of opportunity for blacks? 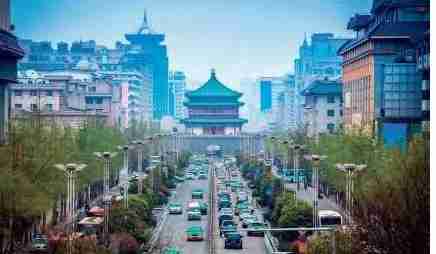 BEIJING – Entertainer Douglass Fearon attributes part of his success to the fact that “I’m an anomaly – I’m a black man in China.”

For some of the relatively few black Americans who have moved to China, it has become a land of dreams. Fearon, a successful banker in the U.S., reinvented himself as a musician, model and actor. Mekael Turner was a computer programmer before flying across the world and becoming a TV host, Chinese-language rapper and actor. Shane Olff came to China to teach English because he wanted to play ping pong.

Black people in China regularly describe in- stances of prejudice, partly owing to China’s overwhelming ethnic homogeneity and a lack of contact with black foreigners. Over the past year, China has seen an advertisement for laundry detergent that showed a black man “washed” into a fair- skinned Asian man and an Air China in-flight magazine that advised readers to take care in London when entering areas populated by black people.

While Fearon, Turner and Olff have all encountered racism in China, that has not eclipsed the opportunities they’ve en- joyed: `

I JUST KNEW THAT THERE WAS MORE’

In the U.S., Douglass Fearon accomplished his goal of being “a super- banker” until his career no longer made sense to him.

“My pockets were full but my soul was empty,” he said. “I made a lot of money but I had nothing to show for it. I just knew that there was more.”

Partly wanting to reinvent himself, he arrived in China a few months after the

“I knew I wanted to get into entertainment,” said Douglass, 37, who grew up in Queens. He called himself Mr. OneTwo – the name of a character in a favorite film of his, and a conversation starter.

He became part of a rap band with singing in Mandarin, Cantonese and English – a group he describes as “a Chinese- mixed version of Black

Eyed Peas.” He taught himself to rap by watching videos, tutorials, listening to music and trying out various lyrics to a beat. “Hip hop is my culture, so it’s not that far off.”

TV shows, commercials and modeling followed. “One of the things that has been a major factor in my success is that I’m an anomaly, I’m a black man in China.”

His profile rocketed when he became the first black man to win the popular Chinese dating show, “If You Are The One.”

In eight years living in Guangzhou, he has seen Chinese attitudes toward black people improve, especially among the younger generations who see black Americans in Hollywood movies. But racist incidents persist, something he attributes to “a lack of thinking.”

“Ping pong brought me to China,” says Shane Olff, who came to Beijing to teach English to earn money to enable him to play. He chose China three years ago over offers for teaching and study pro- grams in Germany and South Korea because it is “No. 1 for ping pong.”

“I figured I would come here so I could have the chance to increase my playing level, my skill level and I would be able to compete on a more competitive field,” said Olff, 25.

For Olff, who grew up in Brooklyn, being in China is the first time he has stood out because of the color of his skin.

His hair, which he wears in an afro or braided, is a particular point of interest. Some people try to touch it on the subway, and others take photos of him as he is walking down the street.

“Sometimes I feel like I’m in a zoo behind bars and people are taking pictures,” he said. “Let’s take that one home and share with our kids over dinner- time. It’s kind of awkward.”

“There’s just lots of things Chinese people haven’t been taught, they just don’t know that this is not something that is considered polite or good manners,” Shane said.

Negative views of black people persist. “I’ve had a couple of ladies look at me or see that I was near them and cover up their purses, or hug their things much more tightly,” he said.

“A few times I’ve had people come to me and ask me if I have drugs for sale but I’m like `Nope, sorry, I’m just waiting for my friends.’” `YOU SPEAK CHINESE AND THEY NEED A BLACK GUY’ Mekael wanted to be in the kind of Chinese action movies that he had grown up loving to watch, so he came to Guangdong province because it neighbors Hong Kong, the city most associated with them.

A New Yorker raised in Atlanta, Georgia, Mekael has now been in China for 13 years. In the U.S., he was a self-taught programmer.

“What I wanted was to try another side of my personality,” he said. “I did the computing part, which is the super logical, math side. I wanted to try the arts side, the more expressive side.”

He first taught English to kids and taught himself Mandarin and Cantonese.

Wanting to become fluent, and find a foothold in the entertainment industry, Mekael, 35, turned to poetry.

“I figured, for any language, usually the best speakers or the best users of that language are poets.” So he wrote poetry in Chinese and turned it into a rap. He played in clubs and at store openings, and went on Chinese TV shows as a contestant and host. He got his break in movies when a makeup artist he knew said, “Hey, would you like to be in movies? You speak Chinese and they need a black guy.”

Now he has appeared in a handful of action movies, including “Chinese Salesman,” a film with Steven Seagal and Mike Tyson that is awaiting release. He plays Seagal’s bodyguard.

In China, “it’s a sort of superficial racism, it’s not as deep as it is in America,” he says. “And the reason I say it’s superficial is because it’s easy to get past.” Once they see that “I can do the job just as good or my Chinese is just as good … then they’re like, ‘I think we like the black guy.’”

Next post Black Americans gave thanks, even during slavery