The top 10 US Cities for tech start-ups 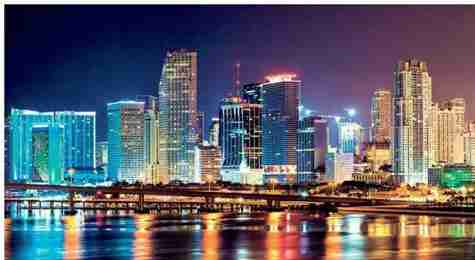 Austin, TX has been named ‘the best US city for tech start-ups’ in a recent study by Sungard Availability Services® (Sungard AS), a leading provider of information availability through managed IT, cloud, and recovery services.

Location is an important factor in the longevity of tech start-ups, prompting research to determine the ten most favorable US cities for digital business. Each city was bench marked using measurements such as the proportion of people in tech occupations, density of new entrepreneurs and start-up survival rates, as well as secondary factors such as commute costs.

The findings are visualized in an online interactive map of the US, which drills down to show how cities performed on individual dimensions as well as overall ranking. They indicate that Silicon Valley is no longer the de facto destination for digital entrepreneurs, who should instead consider basing their business further south. Head for the Hills Increasingly referred to as “Silicon Hills” for its rapid influx of semiconductor design companies, Austin, TX is a flourishing technology incubator, with almost nine percent of its workforce employed in a tech role. Boasting a Gross Metropolitan Product of $125.3 billion, the city has been tipped as a “boom town” by analysts including the Wall St. Journal and Forbes. The Texan capital is a compelling alternative to San Francisco for both start-ups and venture capitalists, supporting the highest proportion of new entrepreneurs (55.5 percent) in the study. The best of the rest

Miami has a vibrant start-up culture, topping the table for new company formations at almost 250 per 100,000 residents, although the proportion of people working in tech occupations is still relatively low at just 2.6 percent.

Boasting the highest average academic achievement of the ten cities studied, Seattle offers a rich seam of qualified candidates, and almost 11 percent of its population already work in a technical occupation. While it’s the home of several tech giants such as Amazon and EMC, the seaport city has a relatively low density of seed companies, with just 168 start- ups per 100,000 residents.

New York has a raft of small business- friendly initiatives that aim to reduce the burden of fines, fees and regulations, and streamline applications for licenses, permits and certification. In recent years, the Big Apple has witnessed a blazing rate of internet-based start-ups emerging from Wall Street and Madison Avenue.

Next post Meet some of the people Hillary was talking about