MIAMI — It was a nightmare scenario for anyone seeking a successful life.

A functionally illiterate, stuttering, 12-year-old black boy, raised in a working-class neighborhood in Baltimore, was told by his single mother that he “would go to college or get beaten do death.’’

Eventually, he managed to get accepted into Ohio Wesleyan University.

While there, he struggled in academic probation until an English teacher advised him to quit his studies, claiming he was “wasting his time and government’s money.”

With the help of his roommate and the guidance of another English teacher who worked relentlessly with him after hours, the boy went on to graduate with a Bachelor of Arts degree in Journalism and Speech Communication.

During a speech to Florida International University students on April 2, broadcast journalist Byron Pitts –the chief national correspondent for “The CBS Evening News with Katie Couric” – told his own story with a humble sense of humor.

His speech was part of the FIU School of Journalism and Media Communication Student Celebration and Awards Ceremony, which culminated the journalism school’s 19th Annual Communications Week.

Pitts, who is also a contributor to “60 Minutes,” is known for his stories on the war in Afghanistan, the aftermath of Hurricane Katrina, and multiple Emmy Awards, Associated Press Awards, and a National Association of Black Journalists Award in 2002 for his coverage of the Sept. 11, 2001 terrorist attacks.

“I have a unique relationship with words,” he said of his success. “Words have changed my life.”

Pitts, now 48, also shared that the bedrock of his successful 30-year journey as a journalist was his Baptist faith. One of his guiding principles, he said, is to proclaim his life-long resolutions to others.

“After graduation, I told my mother I was gonna be a network correspondent by the age of 35,” he said. “I was off by a few months.”

The recipient of scholarships from CBS4/WFOR-TV, state Sen. Gwen Margolis and the South Florida Black Journalists Association, Zerith McMillan was one of the students who was surprised by Pitts’ personal account of hardship.

“I was moved by his speech – his early struggles, financially and socially, are issues that I can identify with on a very personal level,” McMillan said. “After today, I’ll rely on him for much of my inspiration in the future.”

Pitts, a father of five, said he appreciates interaction with motivated young audiences as “passion and enthusiasm are not words you now hear often in the newsroom.”

At the end of the ceremony, Pitts took time to chat with students, exhorting them to pursue their careers in journalism despite all odds.

“Your generation will come out of this crisis stronger and smarter,” he told one of them.

As for diversity in newsrooms, Pitts said that in an “America that is becoming browner – not whiter,” race barriers and institutional discrimination still prevail.

“The most successful woman in the media is heavyset and black, but mainstream is not looking for Oprah,” he said. “There are more blondes in the newsroom than in all of America.”

Having once heard from a major TV network manager that “a n—– would never anchor at his station,” Pitts urged students of color to work extra hard to ensure that the transmission of knowledge remains a weapon against barbarism.

“I love America, I believe in the promise,” he said.  “Like with civil rights, eventually our nation once again will get it right.” 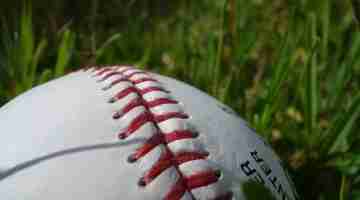 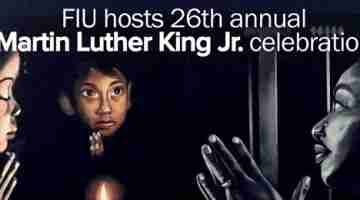