SC State not alone among HBCUs struggling to survive

COLUMBIA, S.C. — While decades of leadership strife have contributed to South Carolina State University’s fiscal crisis, it is certainly not alone among historically black colleges nationwide struggling to survive amid sharp drops in enrollment and revenue. Advocates say their collective future may rest on alumni stepping up their giving.

A short-lived proposal to close South Carolina’s only public historically black university as a way of erasing its escalating debt never stood a chance of passing.

But the stunner did have benefits, said John Taylor, president of the Thurgood Marshall College Fund, which gives to the nation’s 38 public historically black colleges and universities, or HBCUs. It is forcing university and state officials to face the school’s problems and alumni to “wake up and say `we’ve got to do our part,”’ according to Taylor.

“I hope it’s a wake-up call to the entire HBCU community. We’ve got to get alumni engaged,” Taylor said. While alumni giving is “embarrassing,” he said, it’s up to administrators to persuade graduates that it’s a good investment.

Collectively, the nation’s 105 HBCUs enroll more than 300,000 students, many of whom may not otherwise be able to attend college, said Brian Bridges, vice president of the United Negro College Fund. The fund supports private HBCUs, including five in South Carolina.

That’s why federal changes since 2009 to Pell Grant and PLUS loan eligibility _ which made it harder for people to qualify _ have hit HBCUs particularly hard. In 2011, for example, 28,000 HBCU students had to leave school after losing their PLUS loans, Taylor said.

The past six years have “thrown schools in turmoil, even if they’re doing all the right things,” he said.

He quickly added, however, that “some of SC State’s problems have been of their own making over the years,” as demonstrated by his nonprofit’s investment into SC State plummeting to $52,000 last year, a nearly 90 percent drop from 2013.

Like other HBCUs, SC State suffers from low alumni giving and therefore can’t fall back on an endowment to fill funding gaps.

Its endowment is less than $5 million, compared, for example, to USC’s $600 million endowment, according to the latest reports from the schools’ fundraising foundations.

The biggest fundraising problem for SC State has been its revolving door of presidents over the last three decades, said Lew Berry, a 1966 graduate, who’s “disappointed” by his status as the school’s most prolific donor.

“It’s extremely hard to initiate a major fundraising campaign when there’s constant turmoil at the top,” said Berry, who’s personally given $300,000 over 37 years, while his employers, through matches, provided an additional $200,000.

“Others have done better economically than me and not given back,” he said. “I just hope this crisis motivates others to step up to the plate and write some checks.”

The school is seeking a commitment of $2 million from alumni over the next three years. Since last July, SC State has collected $278,300 in individual alumni gifts. That includes an uptick of more than $50,000 in the wake of the closure proposal, according to its office of institutional advancement.

The school’s fate may ultimately rest with its accreditation status. SC State is among six HBCUs currently under sanction by the Southern Association of Colleges and Schools. SC State’s probationary status is up for review in June. If the school’s accreditation is revoked, students will be ineligible for financial aid.

Rep. Cezar McKnight, D-Kingstree, attributes alumni’s lack of giving to an assumption that, because it’s a public college, “all of the money is supposed to come from the state, and that’s not true.” The state’s not funding any college adequately, but others do a better job of bringing in private donations, said the 1996 graduate of Morris Brown College, a private HBCU in Atlanta that’s hanging on with several dozen students after losing its accreditation.

Like other South Carolina colleges, SC State’s state funding was slashed amid the Great Recession and never restored. Last fiscal year, the state’s general fund provided just 8 percent of SC State’s overall funding, compared to 30 percent a decade earlier. The average among all public colleges was 11 percent last year and 28 percent in 2003-04, according to the Commission on Higher Education.

“This problem with SC State is not going to be tackled by funding from the state of South Carolina. It is not going to happen,” McKnight said. “It’s going to be imperative for alumni to understand you’re going to have to give back. You may not be able to give a million dollars but you can give $10 or $15 a month.” 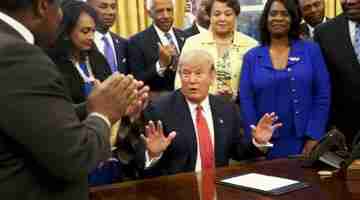