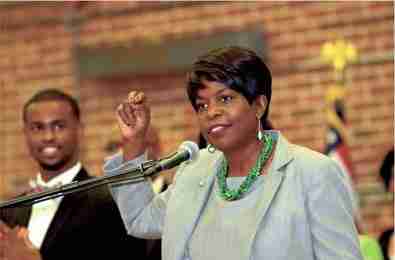 TALLAHASSEE, Fla. – State audits ordered by the Florida A&M University Board of Trustees found no deficiencies, but an independent audit had three findings on employee bonuses and a separate finding on renovations to the president’s home on campus.

Grant Thornton LLP, who conducted the external audit, found that two hiring bonuses were paid to employees from state E&G funds and an additional one from a restricted trust fund. They were later properly sourced and reimbursed from the FAMU Foundation.

In relation to renovations, the report found that one payment in the amount of $70,000 for an added garage to the universityowned president’s residence was not in compliance with the board’s approval process because work started after President Elmira Magnum’s hiring date. Any work over $10,000 after Magnum was hired had to be approved by the board.

The university’s audit and compliance committee will meet on April 8 to discuss the findings of the report and hear recommendations from the staff. In October the Board of Trustees ordered financial audits of administration spending while engaged in a battle to fire president Elmira Mangum. Some Board members alleged the administration was engaged in financial irregularities.