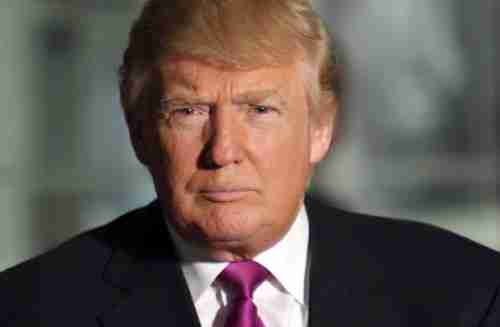 NEW YORK (AP) _ Real estate mogul and Republican presidential candidate Donald Trump said in his campaign kickoff speech that some Mexican immigrants to the U.S. bring drugs and crime, and some are rapists. He has been widely criticized for his June 16 statement, but he has refused to apologize and instead repeated his views. A host of organizations and countries are re-examining or severing their relationships with Trump and businesses connected to him, and their ranks are growing.

Celebrity chef Jose Andres is backing out of a plan to open a flagship restaurant in Donald Trump’s new hotel under construction in Washington. Andres issued a statement Wednesday citing Trump’s statements “disparaging immigrants” in his decision to cancel plans for an eatery at the Trump International Hotel. Andres is a Spanish immigrant and recently became a U.S. citizen.

Andres says Trump’s statements “make it impossible for my company and I to move forward.” Andres says more than half of his team and many of his guests are Hispanic.

In the wake of Macy’s decision to stop carrying Trump menswear, clothing company PVH Corp. says it’s winding down its licensing deal with Trump, which was scheduled to run through 2018.

Panama joins several other Latin American countries in dropping out of the Miss Universe pageant.

New York City officials say they are reviewing the city’s contracts with Trump in light of his comments.

Reelz says it will air the Miss USA pageant but says Trump won’t make any money from the telecast.

Macy’s says it will stop carrying an exclusive line of Trump menswear, including shirts and neckties.

Serta says it is winding down a licensing agreement for its Trump Home mattress collection and won’t renew the deal when it expires at the end of 2015.

Rapper Flo Rida, scheduled to perform at the July 12 Miss USA pageant, drops out, meaning all of the announced performers have quit. Hosts and several judges also have backed out.

OraTV, a TV company backed by Mexican billionaire Carlos Slim, says it’s ending a project it was developing with Trump.

NBC, a unit of Comcast’s NBCUniversal, says it’s ending its relationship with Trump and won’t air the Miss USA and Miss Universe pageants.

Univision says it won’t air the Miss USA pageant and will cut all business ties with Trump, who owns the Miss Universe Organization. Trump says he won’t allow anyone who works for Univision to use his golf course in Miami, and he later says he is suing Univision for $500 million.