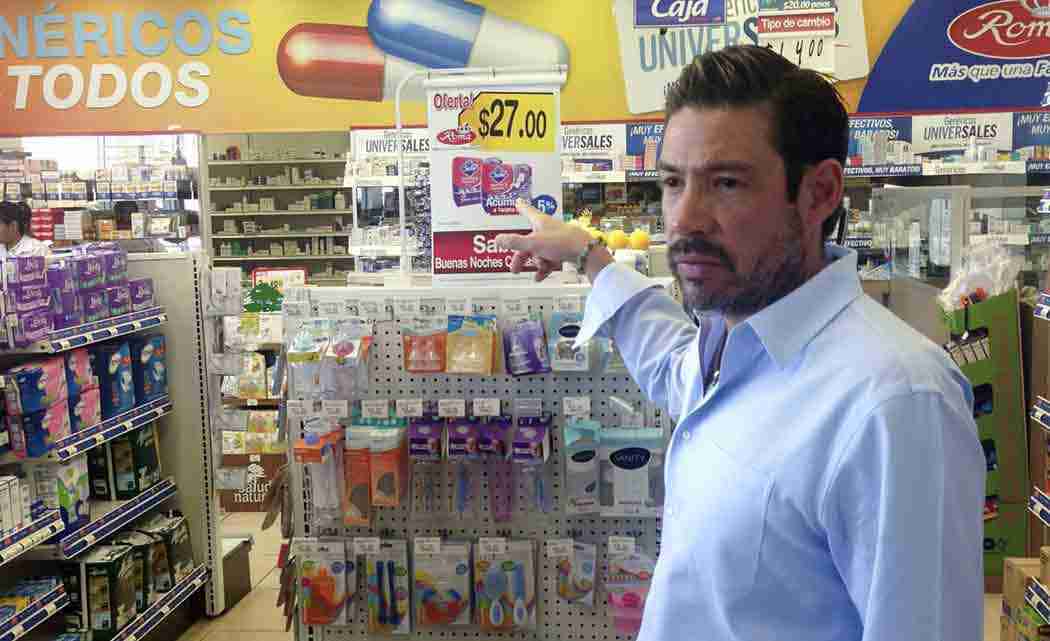 SAN DIEGO — The clamor to crack down on laundering drug money was loud in 2010 when Wachovia National Bank was found to have let $110 million from Mexico be sent through its accounts. It grew two years later when HSBC Holdings PLC agreed to pay $1.9 billion to settle violations that included letting hundreds of millions of dollars from drug cartels flow through one of the world’s largest banks.

Now there is growing sentiment along the U.S.-Mexico border that vigilance has gone too far and is hurting law-abiding businesses. American banks, wary of the potential for massive penalties, have closed Mexican accounts or saddled customers with new restrictions.

The challenge is particularly acute for Mexican companies whose customers pay in dollars. In Mexico, banks refuse to take their dollars even after the government lifted 4-year-old caps on cash deposits of the U.S. currency in September.

Roberto Castro, chief executive of one of the largest Mexican pharmacy chains on the U.S. border, compares the approach to chemotherapy.

“You kill the bad cells but you also kill the good cells,” said Castro, whose father founded Farmacias Modernas de Tijuana SA, known as Farmacias Roma, in 1964. “They need to be more targeted in their strategies to combat money laundering.”

U.S. Sens. Jeff Flake and John McCain, both Arizona Republicans, called for hearings in February, saying security concerns should be balanced against the need for access to banks in border communities. California’s Imperial Valley Press editorialized that border banking may become “a niche operation, where choices become very limited.”

U.S. regulators are warning banks against being indiscriminate. Two Treasury Department agencies urged them in November to avoid closing accounts of entire categories of customers and recommended a case-by-case review.

“We do not tell banks how to conduct their business,” Comptroller of the Currency Thomas Curry told bankers at a conference on Monday. “We certainly do not direct them to provide services to some customers and not to others.”

Mexican Sen. Marco Antonio Blasquez said bank executives told him they worry a surge in dollar deposits would alarm U.S. regulators and banks with whom they partner.

“The Mexican banking system is scared,” Blasquez told about 200 business owners at Tijuana Chamber of Commerce offices in January.

Mexicans like Hugo Torres, whose storied Rosarito Beach Hotel is popular with Americans, have had to be creative. In 2013, Bank of America closed his account in San Diego after 25 years without explanation. He scatters dollars among Mexican banks in small amounts.

“We have something like 10 banks,” he said. “This has gone overboard.”

Major U.S. banks won’t say how many accounts they closed on the border. JPMorgan Chase & Co. says its U.S. branches shut fewer than 5,000 business accounts of companies based outside the country with up to $20 million in annual sales since 2013 but wouldn’t say how many were based in Mexico.

Business chambers say they fielded many complaints in the last two years. “I hear about it all the time, but it’s all anecdotal,” said Richard Dayoub, president of the Greater El Paso Chamber of Commerce.

Roma found a workaround, but Castro says it sacrificed millions of dollars a year. The family-owned company, which doesn’t disclose revenue or profits, does 21 percent of sales in dollars, largely in cash. American retirees who live on Mexico’s beachfront and Southern Californians come for medications that Castro says are priced 40 percent lower than U.S. pharmacies.

Roma no longer pays suppliers and employees in dollars, but landlords still insist on payment in U.S. currency.

When Mexico limited dollar deposits, Roma was among a cadre of large companies that was able to negotiate exemptions. But it came with a price.

HSBC ended exemptions for Roma and other Mexican companies in December 2012, when it got hit with the $1.9 billion money-laundering fine in the U.S.

Roma found another Mexican bank, Grupo Financiero Banorte SA, to accept unlimited dollar deposits under similar terms it negotiated with HSBC. The agreement crimps profits, but Roma feels it has no choice.