SantaCon kicks off with hopes of less naughtiness 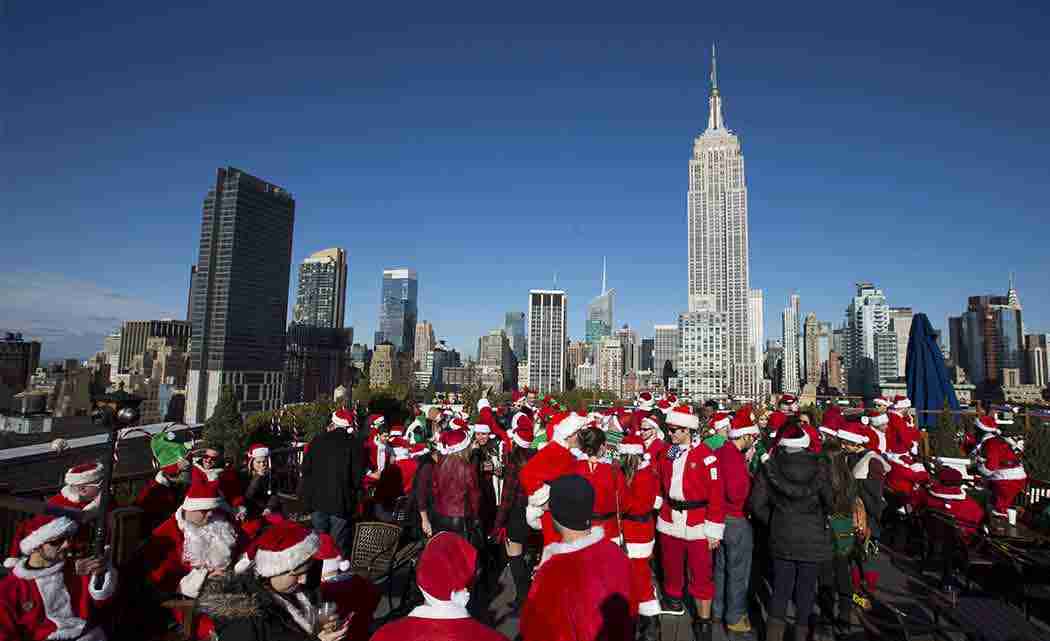 NEW YORK — The annual costumed pub crawl featuring a horde of inebriated Santas on the streets of Manhattan got underway Saturday with a lesson on their constitutional rights to freely gather.

Civil liberties lawyer Norman Siegel addressed the SantaCon crowd in Times Square about the government’s right to reasonably regulate an event that New Yorkers have complained has gotten out of hand in past years.

The annual holiday flash-mob-meets-party fell this year on the same day as a planned protest over killings by police, prompting organizers to try to rein in the rowdiness.

SantaCon organizers retained Siegel to advise on the do’s and don’ts of public gatherings and instructed participants to stick to bars that welcome them and party inside instead of on the streets.

“It’s more important this year than ever to pace yourself, watch out for your elves and stay safe,” their website warns, adding that bad behavior may mean the ultimate lump of coal: no SantaCon next year.

It’s a sobering message for SantaCon, which has faced mounting pressure from politicians, police and community groups as it has grown from hundreds to thousands of costumed participants in roughly a decade.

Aficionados say SantaCon is lighthearted communal fun that tweaks the nose of Christmastime consumerism. Participants are urged to bring gifts to hand out or prepare performances, and organizers stress that last year’s event raised about $60,000 for charities.

But some residents see SantaCon as an onslaught of crass Santa Clauses, soused elves and anything-but-grandmotherly Mrs. Clauses. There have been two arrests and 85 summonses for disorderly conduct, open alcohol containers and other offenses during the last two SantaCons, and an online video captured people in Santa suits fighting on the evening of last year’s SantaCon.