WASHINGTON (AP) – The Internal Revenue Service is investigating five donors for making contributions to the kind of nonprofit groups that have become popular for spending millions of dollars on political ads in the past few years.

The IRS is trying to determine whether the donors owe federal gift taxes for the donations, an agency spokeswoman said Thursday.

The IRS did not name the donors or the nonprofit groups to which they contributed. But the agency’s confirmation of an investigation could have a chilling effect on politically active groups that have become integral to campaigns for Congress and could play a big part in the 2012 presidential election.

At issue is whether contributors to the tax-exempt organizations _ many of them donate in six and seven figures _ have to pay the 35 percent gift tax on their donations. It is a murky area of the law and the IRS has offered little guidance.

“Major donors to the new political organizations may have to pay a heavy premium for staying in the shadows,” said David Donnelly, national campaigns director of the Public Campaign Action Fund, a watchdog group. “It’s clear that the law says these secret political donors can’t have it both ways: If they choose to influence elections, they have to do it in the open or pay the taxman.”

In the 2010 congressional elections, a number of groups incorporated as nonprofits under Section 501(c)(4) of the tax code spent millions on political ads without disclosing their donors. The groups predominantly supported Republican candidates and causes in 2010, though both parties are expected to use them in the 2012 presidential and congressional elections.

During the 2010 election cycle, Democrats and the Obama administration pounced on the ability of these groups to keep their corporate or individual donors out of the public eye.

On Thursday, IRS spokeswoman Michelle Eldridge said employees of the agency’s Estate and Gift Tax Unit started the examinations as part of their increased efforts in the area of “non-filing of gift and estate tax returns.”

“These examinations are not part of a broader effort looking at donations to 501(c)(4)s,” Eldridge said. “All of the decisions involving these cases were made by career civil servants without any influence from anyone outside the IRS.”

The New York Times first reported the examinations on its website Thursday.

The IRS inquiries signal a shift by the agency.

In an internal “work plan” for 2011, the IRS Exempt Organizations Division said that in recent years its examination program had concentrated on charitable organizations, those governed by Section 501(c)(3) of the tax code. “Beginning in FY 2011, we are increasing our focus on section 501(c)(4), (5) and (6) organizations,” it said.

“We will look at issues including political activity, inurement and the extent of compliance with the requirements for tax exemption by organizations that self-identified themselves as a section 501(c)(4), (5) or (6) organization,” the work plan stated.

In an online memorandum to clients this week, Ofer Lion, a California lawyer and expert on tax-exempt organizations, includes an excerpt from a Feb. 16 letter from the IRS to an undisclosed donor. The name of the recipient organization is blacked out.

“Your 2008 gift tax return (Form 709) has been assigned to me for examination,” the letter said. “The Internal Revenue Service has received information that you donated cash to (redacted), an IRC Section 501(c)(4) organization. Donations to 501(c)(4) organizations are taxable gifts, and your contribution in 2008 should have been reported on your 2008 Federal Gift Tax Return (Form 709).”

Under the law, the burden for paying the gift tax does not fall on the organizations, but with the donors themselves.

Last year, the main conservative groups that incorporated as 501(c)(4) nonprofits and took an active role in politics were Crossroads Grassroots Policy Strategies, a group formed with help from GOP guru Karl Rove; the American Action Network; Americans for Prosperity; Americans for Job Security; and the American Future Fund.

This year, a Democratic leaning group formed by former Obama White House aides aims to operate in a similar vein. But 501(c)(4) groups also include long-established organizations such as the AARP, the lobby group for older adults; the National Rifle Association; and the civil rights group the NAACP. 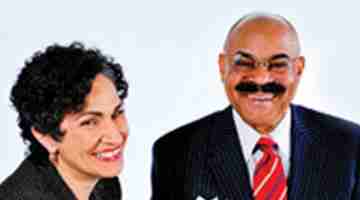 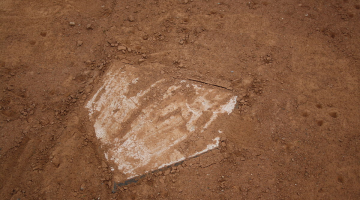 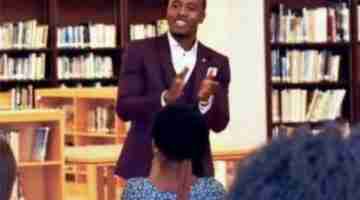