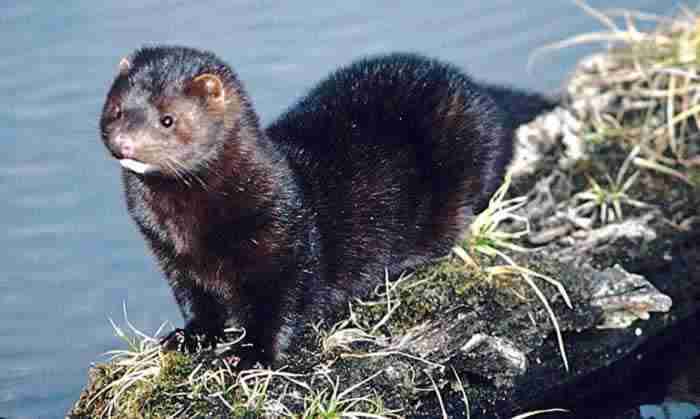 OAKLAND, Calif. (AP) _ Two animal-rights activists have been charged with terrorizing the fur industry during cross-country road trips in which they released about 5,740 mink from farms and vandalized the homes and businesses of industry members, the FBI said Friday.

A federal grand jury indictment unsealed Friday said the two caused hundreds of thousands of dollars in damages during 40,000 miles of cross-country trips over the summer and into the fall of 2013.

“Whatever your feelings about the fur industry, there are legal ways to make your opinions known,” U.S. Attorney Laura Duffy said in a statement. “The conduct alleged here, sneaking around at night, stealing property and vandalizing homes and businesses with acid, glue, and chemicals, is a form of domestic terrorism and can’t be permitted to continue.”

Buddenberg and Kissane allegedly sneaked onto farms in Idaho, Iowa, Pennsylvania, Wisconsin and Minnesota and freed mink and destroyed breeding records. In one case, they released a bobcat from a farm in Montana, according to the FBI.

They allegedly slashed vehicles’ tires, glued businesses’ locks or smashed windows, vandalizing property in San Diego, Spring Valley and La Mesa, California. They are also charged with vandalizing and attempting to flood the Sun Prairie, Wisconsin, home of an employee of the North American Fur Auctions.

The indictment states that they covered their tracks by avoiding phones or logging into known online accounts and email. Instead, they used public Internet computers and encrypted email and cash for purchases while traveling. They would allegedly withdraw hundreds of dollars while back home in the San Francisco Bay Area before another trip.

The FBI states that they drafted communiques and posted them online to publicize their actions on websites associated with “animal rights extremists.”

The two were under house arrest with electronic monitoring until a scheduled court date on Tuesday. It was not clear whether either has hired an attorney.