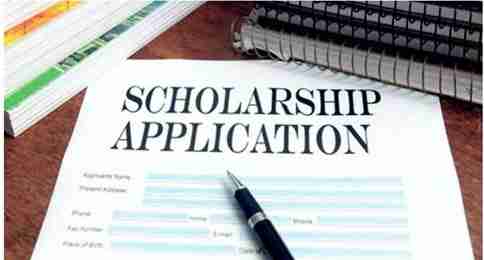 TALLAHASSEE, Fla. – Florida legislators are about to hit the halfway point of their 60-day annual session and that means they are going to focus during the fifth week on passing major bills including a new state budget.

The Florida House is expected to pass a sweeping education bill (HB 7055) that includes a unique new program that would offer private school vouchers to students who have been bullied, harassed or beaten up.

The Hope Scholarship Program is a big priority of House Speaker Richard Corcoran and other top Republicans. They point to statistics that show nearly 50,000 incidents of fighting, bullying and assault happen each year in Florida schools.

But Democrats have criticized the legislation, saying the vouchers will divert money from public schools and that the Legislature should go after the bullies instead of just paying students to switch schools. Florida already has some of the nation’s largest private school voucher programs. Last year close to $1 billion was spent on vouchers.

The House and Senate this coming week are going to pass rival versions of an $87 billion state budget.

The two sides have wide differences on how much money should be spent in the coming year on universities, public schools, and the environment. They have until early March to try to work out a deal, but it may not be easy. Last year legislators didn’t reach a deal on a new budget until the summer.

Other bills heard this week:

The Senate Community Affairs Committee on Tuesday considered whether Confederate Memorial Day as well as the birthdays of Confederate General Robert E. Lee and Confederate leader Jefferson Davis should be legal holidays. These holidays are not widely observed in Florida, but a south Florida legislator wants the holidays removed from state law.

The House Transportation and Tourism Appropriations Subcommittee will hear a bill (HB 1359) that would create a new Florida license plate that would feature Auburn University on it. The legislation, which is being sponsored by a graduate of the Alabama school, would also change the license plate of the University of Central Florida to include the words “2017 National Champions.”

Florida could lessen the time of sentences handed down for certain drug offenses under a bill that will be considered by the Senate Judiciary Committee. The legislation (SB 602) would allow a judge to sentence to someone to less than 3 years in jail if it can be shown that they were in possession of drugs but were not trying to sell them.

The Florida Senate on Wednesday took up a measure to require the state to permanently fund anti-abortion pregnancy centers. Legislators have set aside money for the pregnancy centers since 2006. But the $4 million has to be renewed each year in the annual budget. Instead the bill (HB 444) would require the state to sign a contract with an organization that oversees a network of clinics. The House Higher Education Appropriations Committee will consider a sweeping measure (HB 423) that would permanently expand the amount of money provided under the state’s popular Bright Futures scholarships to nearly 100,000 students.

Top-performing high school students would get either 75 or 100 percent of their tuition costs covered if the measure becomes law. This is the second stop for this bill. A similar bill has already cleared the Senate.