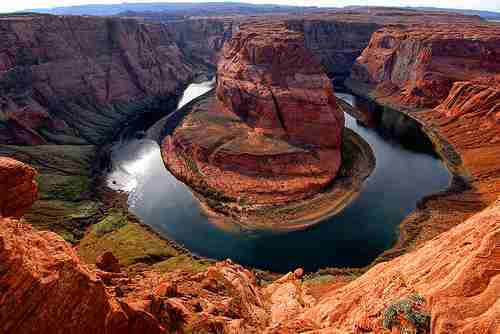 FLAGSTAFF, Ariz. (AP) _ A group of commercial boaters in northern Arizona are set on one day leading excursions along the Colorado River in greener fashion.

The rafting companies that comprise the Grand Canyon River Outfitters Association have been experimenting with limiting noise and use of fossil fuel and noise on the river.

For one April excursion, Steve Hatch, association president, took a battery-powered motorboat for the 279-mile journey.

John Dillon, the association’s executive director, said the trip was a major milestone for the Grand Canyon’s boating industry. But Dillon, Hatch and their fellow commercial boaters say the technology to make boats battery-operated is still years away from being widespread.

Furthermore, it would likely cost thousands of dollars, Dillon said. Plus, the batteries still have to be charged by a gasoline-powered generator.

The 16 businesses belonging to the association began their Alternative Motorboat Program in 2008, according to Hatch, the owner of Hatch River Expeditions.

While electric and hybrid technology is far along for automobiles, there is no blueprint for boats. Hatch said that spurred him and his fellow boating companies to try to make changes themselves.

The association looked for guidance from university programs and professionals who worked with lithium ion batteries. Dillon said the key was hooking up two, 300-pound battery packs to a modified gas-powered motor. They found their system uses one-third of the 65 gallons of gas normally consumed by a motor going down the river from Lees Ferry to Lake Mead.

The group is hopeful that cutting costs of any hybrid technology will mean a future of less emissions.

“There are some serious barriers we’re still trying to get over; however we’re still making progress,” Hatch said. “I’d say right now it has a great future.”