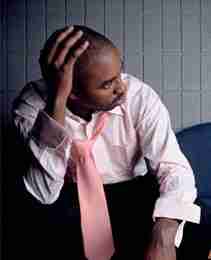 WASHINGTON – The unemployment rate for black Americans fell to 7.1 percent in June, the lowest level in more than 17 years.

The monthly decline, however, wasn’t entirely positive. While some African Americans found jobs, a greater number stopped looking for work and so were no longer counted as unemployed. The longer-term trend is more encouraging, with 700,000 more black Americans employed compared with a year ago.

Despite the improvement, an employment gap by race remains stubbornly wide: The jobless rate for African Americans is much higher than the 3.8 percent rate for whites.

The unemployment rate for Hispanic or Latino Americans fell to 4.8 percent as more people found jobs. That was the lowest level since 2006.

Jobless rates rose for Americans in their early 20s, recent veterans and those without a high school diploma.

The overall unemployment rate ticked up to 4.4 percent from 4.3 percent in May.

The data for demographic groups came from a survey of households that is part of the Labor Department’s monthly jobs report.

Next post At 37, Venus Williams moves into 10th Wimbledon semifinal