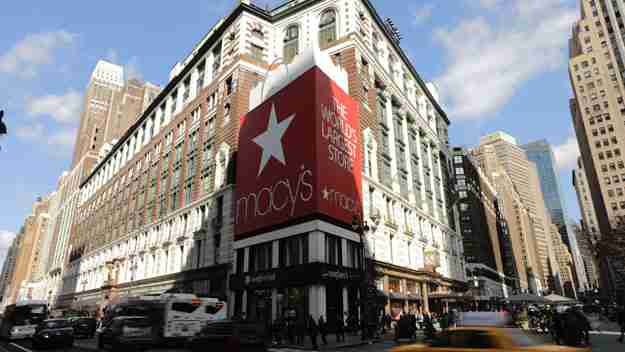 ALBANY, N.Y. (AP) –Macy’s has agreed to pay $650,000 to settle allegations of racial profiling at its flagship store in Manhattan’s Herald Square.

Under the agreement signed Tuesday with New York’s attorney general, the retailer will adopt new policies on police access to its security camera monitors and against profiling, further train employees, investigate customer complaints, keep better records of detentions and report for three years on its compliance.

Attorney General Eric Schneiderman said the settlement should help ensure customers are treated equally regardless of race or ethnicity at the retail giant’s 42 department stores statewide.

“It is absolutely unacceptable _ and it’s illegal _ for anyone in New York to be treated like a criminal simply because of the color of their skin,” Schneiderman said.

The attorney general’s Civil Rights Bureau said it opened an investigation into Macy’s in February 2013 when it received several complaints from minority customers. Since then, the office recorded complaints from 18 African-American, Latino and other ethnic minority customers who claimed they’d been apprehended and detained at Macy’s stores between 2007 and 2013, despite not having stolen or attempted to steal any merchandise.

The complaints included customers detained after traveling between floors by escalator with unconcealed merchandise. Other customers speaking limited English and suspected of shoplifting or credit card fraud were not permitted to make phone calls, denied access to an interpreter and required to sign trespass notices they couldn’t understand.

The agreement cites Macy’s data from October 2012 through October 2013 showing employees apprehended and detained 1,947 individuals at the Herald Square store. Meanwhile, about 6,000 people were detained at stores statewide.

The agreement requires publicly posting Macy’s “customer’s bill of rights” in English and Spanish in all its New York stores and on the Macy’s Inc. website.

“To be clear, our company’s policies strictly prohibit any form of discrimination or racial profiling and any occurrence of such behavior will not be tolerated in our organization,” Macy’s, which has corporate offices in Cincinnati and New York, said in a statement. “Moving forward, our company will be initiating a series of measures including enhanced training and education for our loss prevention and sales associates. We also will be adopting an expanded role for our security monitor to help ensure that we have the right policies and procedures in place, and that we are constantly reviewing our compliance with them.”