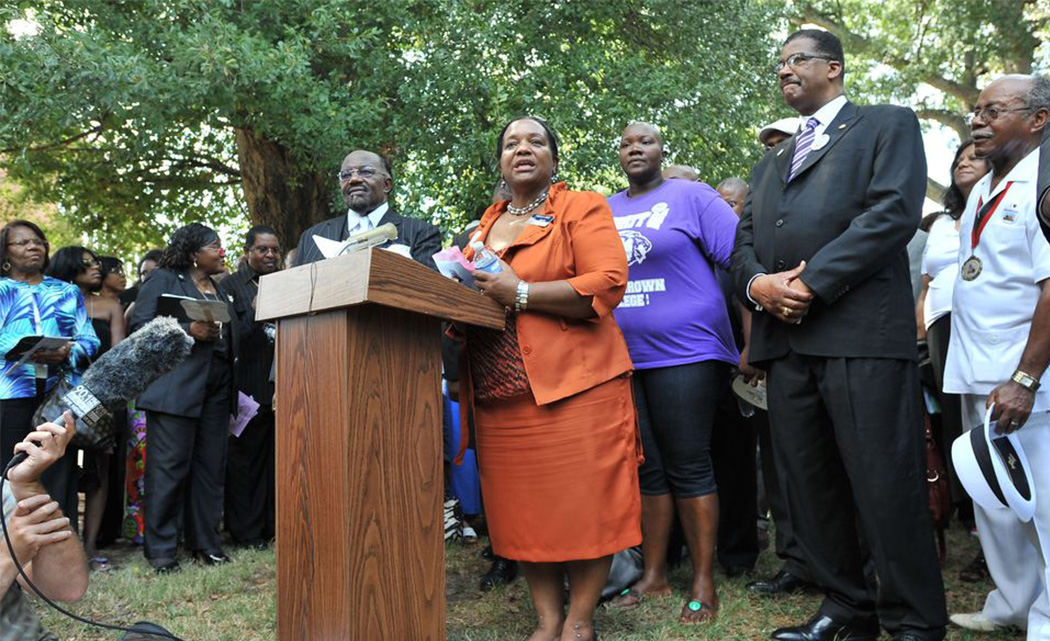 ATLANTA (AP) – Trustees of Morris Brown College have turned down an offer of nearly $10 million in taxpayer money. Atlanta Mayor Kasim Reed had offered the money that would have eliminated the bankrupt school’s $35 million debt and solved its legal problems, The Atlanta Journal-Constitution reports (http://bit.ly/ZAwB04).

Morris Brown’s Philadelphia-based lawyer Anne Aaronson has said the city’s offer was insufficient because it covered the college’s debt but didn’t provide operating funds. She says the school has a better offer on the table. Reed and city officials say that’s hard to believe. Aaronson declined to give any further details.

The school’s rejection of his offer puts the school’s future in danger and also threatens the city’s vision for a revitalization of the area around the campus, Reed said. The school’s campus is just west of the preferred site for a new stadium for the Atlanta Falcons, and Reed said he’s worried the campus will be sold off in pieces and will become home to liquor stores, payday loan shops and other similar businesses.

“I believe I know how the movie ends,” Reed said. “The movie ends with that area looking like a swap meet. And I am not going to have it said that we should have done something.”

The school is set to present its restructuring plan to a bankruptcy court by the end of the month, which would include any purchase offer that is part of that plan.

Documents obtained by the newspaper show that Reed and Invest Atlanta, which is the city’s economic development arm, proposed giving the school $9.7 million. The proposal would have:

_ purchased the 37.22 acres tied up in bankruptcy;

_ given the African Methodist Episcopal Church, which governs the school, $1 million in cash;

_ allowed the school to rent the four buildings it still uses with an option to buy them back after three years;

_ allowed Invest Atlanta to work with developers to redevelop the rest of the property.

“Giving Morris Brown an opportunity to become healthy again and . provide accredited degrees to its students was an essential priority for this administration,” Reed said.

The historically black college has suffered financial and academic woes since the Southern Association of Colleges and Schools took away accreditation in 2002 because of gross financial mismanagement.

The student body was once 3,000 strong but has dwindled to 35 students. Most of the buildings on campus are boarded up, and the football stadium is padlocked.

Creditors holding $13 million in bonds secured by Morris Brown were days away from foreclosing on parts of the campus last summer when the trustees filed for bankruptcy protection.

The school proposed a $20 million bailout from the city in February. But that sum included operating expenses, and the city said it wasn’t interested in running the school and couldn’t do so legally.

“Even if we wanted to do it, that proposal was DOA,” said Jalal Slade, the city’s strategic planning officer and real estate expert. “So we tried to re-craft it in a way that made good financial sense for the city, economic development sense for the corridor and good political sense.”

Reed said he would be amazed if Morris Brown came up with a better alternative.

“We are hopeful that their decision to move forward with another buyer plays out,” he said. “If it doesn’t work out to fruition, I think we will be able to make the case that an exceptional opportunity to save a once great institution has been lost.”

Valstone Partners, which holds nearly half the school’s debt, had agreed to drop a lawsuit against the college as part of the city deal. Gregory Worthy, a lawyer for Valstone, said he’s not sure what Morris Brown will do next.

“The real question is what plan do they have that can be put forth in bankruptcy court,” Worthy said. “At this point, I don’t know what it is, but it will interesting to see how this plays out.”

Next post Obama to nominate Furman as top economic adviser