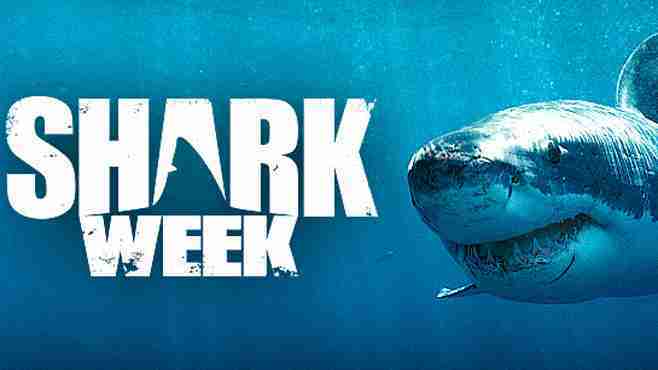 Seriousness also marks the tone of Discovery Channel’s Shark Week which, after veering off course with programs that lopsidedly favored thrills over information, aims to bring the balance back to hard science as the annual event begins Sunday.

It remains to be seen whether the lineup will satisfy critics of 2014’s Shark Week who condemned, among other things, programs awash in what they labeled “pseudoscience.”

If skeptics remain unswayed, it won’t be for Discovery’s lack of effort, as Howard Swartz explains it. He’s the Discovery vice president for documentaries and specials who oversaw all Shark Week content, his first go at it. The summer staple is airing for the 28th time.

“Discovery is at its best when it’s fulfilling our core brand promise, which is about exploration and adventure, science and research,” Swartz said. Shark Week has met that goal before, he said, but this year’s focus is even more intense and revealing.

“Technology keeps begging new questions that researchers are going after, whether it’s about behavior, about migration, about finding new shark habits they didn’t know before,” he said.

That’s not to say that entertainment and hyperbole are missing in action _ this is commercial TV, after all. Consider “Bride of Jaws,” (9 p.m. Tuesday, all times EDT), about the search for the largest female Great White yet tagged, or “Sharksanity 2” (9 p.m. Saturday, July 11) with viewer rankings of Shark Week’s “most insane bites, strikes and close calls,” as the channel describes it.

Shark Week also acts as a travelogue, taking viewers to far-flung locations including Australia, South Africa, the East and West U.S. coasts, Cuba and the Gulf of Mexico.

On a sober note, the lineup offers timely examinations of efforts to develop new tools to help ocean-loving humans and sharks coexist peacefully in areas coping with dangerous shark vs human encounters. The shows were completed before the recent spate of attacks.

“I think Shark Week has done a great job over the last decades showing the sharks aren’t mindless killing machines. But the reality is that shark attacks do happen _ the question is why they happen, what can we learn from them and what can we do to mitigate them from happening happen,” Swartz said.

There are several reasons for what shark expert Craig O’Connell characterizes as “maybe a slight increase” in dangerous encounters. The jump in the human population and more crowded oceans is one, he said, a factor also cited by scientists in explaining the attacks of the Carolinas.

O’Connell’s efforts to keep people and sharks separated without harm to either are part of “Shark Island,” which concludes Shark Week at 8 p.m. Sunday, July 12. He was a preteen in upstate New York when a Shark Week program of two decades ago showed a shark entangled in a net, leaving him resolved to find fish-safe alternatives to beach nets and drum lines.

He and other scientists are testing the use of magnets to repel sharks by interfering with their navigation system, which relies on their unusual electrical sense, O’Connell said.

There are other remarkable developments and discoveries scattered throughout the programs.

“Tiburones: Sharks of Cuba” (10 p.m. Tuesday, July 7) relates the joint exploration of the island’s waters by American and Cuban scientists, a first for Shark Week and organized before the countries moved to restore diplomatic ties. The ocean is so pristine and untouched that one scientist compared it to the Bahamas of 80 years ago, Swartz said.

Shark Week kicks off at 8 p.m. Sunday, July 5, with “Shark Trek,” in which Massachusetts’ marine fisheries biologist Greg Skomal tags Great Whites off Cape Cod and tracks them as they head out _ with patterns pointing to the southern U.S. as their destination.

Previous post Bahamas concerned about US ruling for resort developer