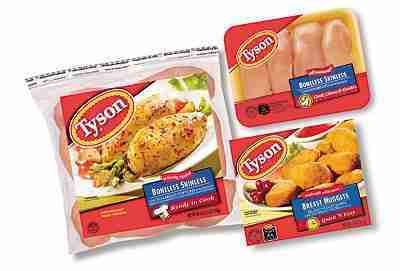 The subsidiary of Tyson Foods Inc. plans to invest $8.2 million.

The Robards facility plans to replace one of its freezers and increase processing capacity.

Tyson Chicken has been part of the Robards community since 1995 and currently employs 1,200 Kentuckians.

The Kentucky Economic Development Finance Authority has preliminarily approved Tyson for performance-based tax incentives up to $750,000.

Tyson Chicken also was approved for tax benefits up to $100,000 through a program allowing companies to recoup state sales and use tax on construction costs, building fixtures and equipment used in research.

State Sen. Dorsey Ridley told The Gleaner that the announcement was “a real win-win-win” for Tyson, the region and the state.

“I am very pleased that Tyson has chosen to expand at its location here in the region,” Webster County Judge Executive Jim Townsend told the newspaper. “As a result, it will allow us to have more people from our area going to work. The addition of new jobs is always welcomed and exciting news.”

State Rep. Suzanne Miles said it was significant for the state as well.

“Poultry was a $1.2 billion dollar industry in the Commonwealth last year, according to the Kentucky Poultry Association, making it the top agricultural commodity in our state,” Miles said. “It is encouraging to see such an important industry thrive in Kentucky’s ag economy, which in turn helps related industries grow as well.”