Wildfires burn over 126,000 acres across Florida this year 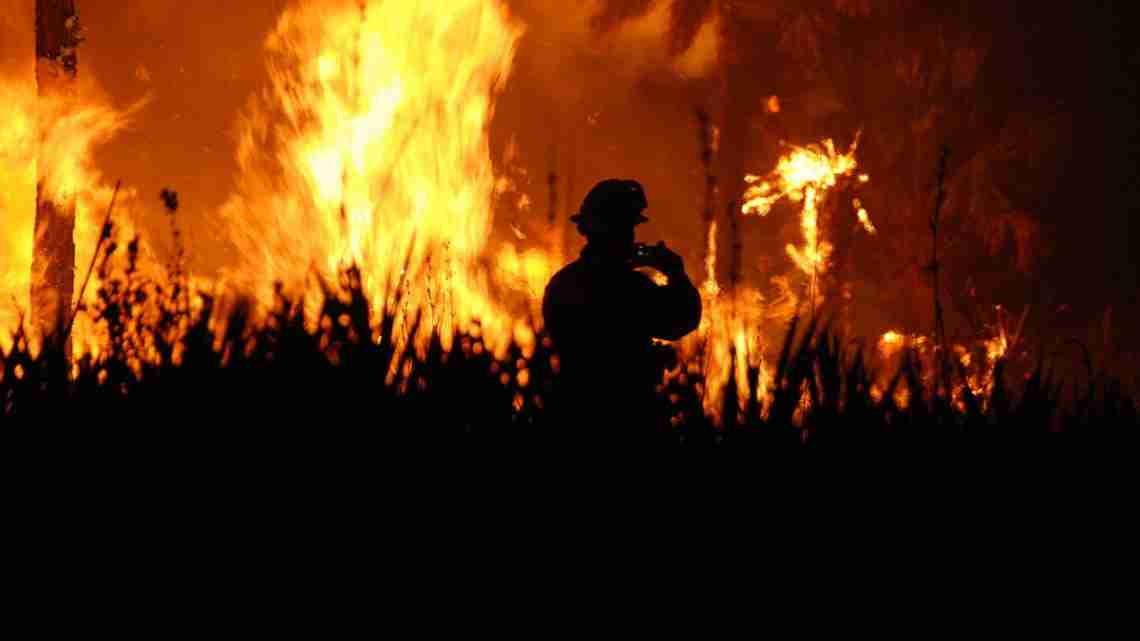 MELBOURNE, Fla. (AP) – At least 126,000 acres have burned in wildfires across Florida since January, surpassing the five-year average of acreage burned in a typical year, officials said.

Florida’s fire season peaks this month, during the driest part of the year in the state, and experts warn that the fire risk may worsen in the coming weeks.

“It’s fairly likely we’re going to get drier before there is relief from this,” said state climatologist David Zierden, at Florida State University’s Florida Climate Center.

Agriculture Commissioner Adam Putnam has described this year as the most active fire season since 2011. As of Thursday, 97 active fires burned statewide, with 28 active wildfires larger than 100 acres, according to a Florida Today report (http://on.flatoday.com/2p7NKT9 ).

Smoke from some fires has forced Florida Highway Patrol troopers to close major highways for hours at a time. Health officials have recommended that people with asthma or chronic lung or heart conditions should stay indoors with windows closed to avoid smoke from blazes near them.

Gov. Rick Scott has declared a state of emergency because of active wildfires across the state. He also directed the Florida National Guard to put a UH-60 Blackhawk helicopter on standby for potential firefighting missions in Tampa. The aircraft would support the Florida Forest Service and collect and dispense large quantities of water onto fires without having to land.

“We’ve just been exceptionally dry because we didn’t get any rain in January and February,” Bryan Williams, a meteorologist with the Florida Forest Service, told Florida Today. “When that fuel moisture goes down and the humidity is down and the wind’s blowing, that’s usually a melting pot for extreme fire conditions.”

One fire has scorched nearly 18,000 acres within the Big Cypress National Preserve. Another fire in Collier County has burned more than 26,000 acres.

Kevin Scharfenberg and Steven Ippoliti, forecasters with the National Weather Service in Miami, said this past winter’s weather pattern caused most cold fronts to dissipate before reaching Southwest Florida.

“Typically, cold fronts that move into the region bring us most of our winter rainfall,” they said in an email to the Naples Daily News (http://bit.ly/2pqdPKa ).

Forecasters predict Florida’s weather will be hotter and dryer than normal in the coming months, with dry conditions extending into June. When the rainy does finally begin, it will bring storms with lightning, another leading cause of brush fires.

“This is definitely the most active season we’ve seen in several years,” said Susan Lindenmuth, a spokeswoman for the Estero fire district. “Our average heavy wildfire season is in April, May. We’re just in the very beginning of it.”

Lindenmuth said one of her district’s brush trucks is out of service after being damaged while fighting two Lehigh Acres fires that burned 400 acres and damaged seven homes in early March. Two children eventually confessed to starting one of the fires.

Greater Naples Fire Chief Kingman Schuldt said he had brush trucks running 24 hours a day in early March fighting a 7,000-acre fire. One of them is still down for maintenance. It cost the department about $86,000 to fight that fire.

“We don’t budget for a significant event,” he said. “An event like this, we have to figure it out.”

Laurence LeBuff, whose home was one of the four that burned in the 7,000-acre fire, said he wasn’t surprised by the fierce fire season.

“These woods have been dry, dry, dry for months and months,” LeBuff said.