A touch of Whitney: ‘I Wanna Dance with Somebody’ sings 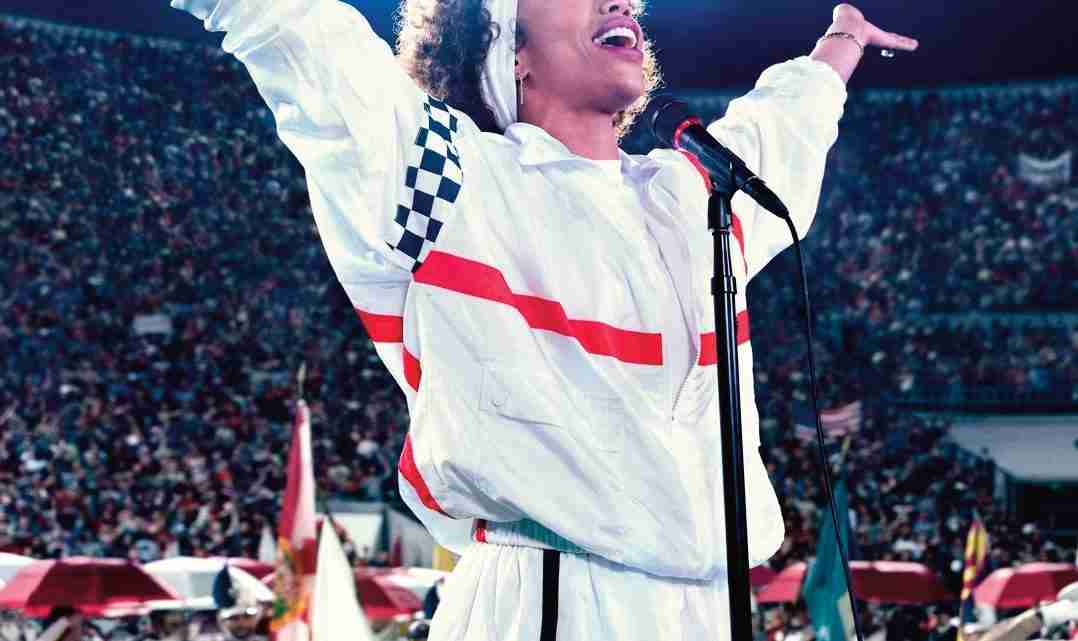 It’s an illusion. When actress Naomi Ackie stands with her back to the camera, you stare at her clothes, wigs, physique and mannerisms and get tricked into thinking that’s Whitney Houston. Then she turns around, and it’s not. It’s a recurring mirage. A string of images that give Houston fans something to cling to.

In the 1980s, a young Whitney (Ackie) sings backup for her mom Cissy Houston (Tamara Tunie) at the NYC nightclub Sweetwater’s. Davis (Stanley Tucci), an exec at Arista Records, is impressed and signs her. A stunning debut performance on the Merv Grifﬁn Show introduces Houston to throngs of viewers. Her ﬁrst album in 1985, “Whitney Houston,” sells millions and its #1 hit single “Saving All My Love For You” launches her recording career. International world tours, Grammy Awards and ﬁlm roles (“The Bodyguard”) propel her to stardom.

Fame comes with bouts of drug abuse, a troubled marriage to Bobby Brown (Aston Sanders, “Moonlight”) and a strained relationship with her father/manager John (Clarke Peters).

Even a gossiped about relationship with friend/lover/assistant/creative director Robyn (Nafessa Williams) is aired. Little is left unsaid or unsung.

Kasi Lemmons’ (“Harriet”) style of direction tends to be thorough and straightforward. The footage is direct, not stylish and tightly edited (Daysha Broadway, “The Forty-One-Year-Old Version”). Viewers may wonder if the ﬁlm would have been more kinetic if a director with a music video background had taken the reigns. It’s a debate worth having, as the ﬁlm feels like a mix of staid TV movie, theatrical ﬁlm and streaming production elements. Another worthy discussion is whether this project should have been a mini-series instead of a feature. That said, Lemmons gets the job done, her way.

Within the boundaries of the creative choices, the tech team recreates Houston’s most iconic videos with perfect lighting, composition and cinematography (Barry Ackroyd, “Jason Bourne”). The production design (Gerald Sullivan), makeup (Jackie Aguece), art direction (David Offner) and costumes (Charles Antoinette Jones) are solid too. Reconstructed shoots of “I Wanna Dance…,” “I Will Always Love You” and “How Will I Know” mirror the originals.

It’s all very entertaining, though not as gritty as one might hope. Some scenes feel melodramatic, like parts of Starz’s “Power”. E.g., Whitney confronts her duplicitous father. Dad: “I’m the manger here.” Whitney: “I know you are, you work for me!” Fortunately, emotions get a bit rawer and deeper when Bobby and Whitney have their volatile clashes.

Also, though the dialogue is serviceable, it isn’t what it could be. When Whitney says: “I’m tired of being the good girl,” it feels like the words of a screenwriter. As a tough Jersey girl, wouldn’t she have said something saltier? Like: “Why do I always have to be the mother—–g good girl?” Ackie reimagines the icon deftly with her very thoughtful interpretation. She walks, talks and lip-synchs her way through a 2½-hour homage, never letting the audience down. She’s gleeful, hopeful and wallowing in mega-stardom one minute. Then doing drugs, drinking and leading a low life the next. You never question Ackie’s performance. Nor that of Tucci as Davis or Tunie as Cissy.

If Whitney Houston fans long to feel her essence again, this movie and its illusions gives them a chance. But not like an extraordinary bioﬁlm. More like a condensed diary with lots of wonderful music.