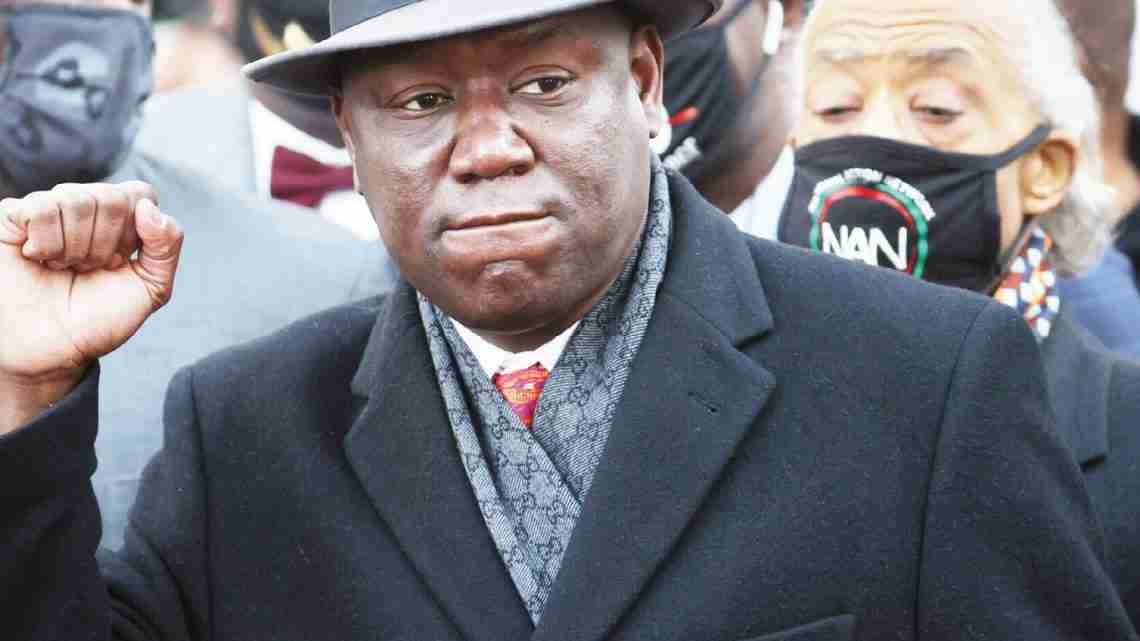 Anderson, a 14-year-old Black teenager, died in 2006 after he was kicked and beaten by guards at a bootcamp juvenile facility in Florida. His family looked for a lawyer to seek justice. No white attorneys wanted to take it on.

“Ben has always been a ﬁghter for justice … to shine a light on things that are not right,” said Leon Russell, chair of the NAACP National Board of Directors.

Staff at the facility where Anderson died were acquitted of criminal charges, but Crump later won a civil case for the boy’s family.

That was only the beginning.

When Trayvon Martin, 17, was fatally shot on Feb. 26, 2012, at a condominium complex in Sanford, Florida, his killer, George Zimmerman, was not initially arrested. Zimmerman, whose father is white and whose mother is Hispanic, was a self-appointed, armed neighborhood watcher who eventually claimed self-defense and was acquitted of murder charges.

Martin, wearing a hoodie that would soon become an iconic image, was returning to his father’s condo from a convenience store with a can of ice tea and a bag of Skittles when he was confronted by Zimmerman.

Crump pushed for Zimmerman’s arrest and joined with many prominent civil rights leaders to stage demonstrations calling for charges.

It was the Trayvon Martin case that gave rise to the Black Lives Matter movement, and Crump deserves much of the credit for that, the Rev. Jesse Jackson said in an interview with The Associated Press.

“It was a new stream of consciousness,” Jackson said. “We decided we’re not going back. Everything else has come out of that. Don’t Black lives matter? It made a big difference.” Crump has been called Black America’s attorney general for his unwavering work on civil rights cases, especially those involving Black people killed by police. In an interview, Crump said he does not take that label lightly.

“I try as sincerely as possible to give a voice to those who have no voice,” Crump said. “If I can see further, it’s because I am standing on the shoulders of giants.”

Crump, 52, was born in Lumberton, North Carolina, one of nine siblings, but wound up attending high school in Plantation, Florida. From there it was Florida State University for college and law school and then a law ﬁrm with partner Daryl Parks in Tallahassee. They took on the Martin Lee Anderson case.

Now, Crump has his own ﬁrm that handles civil rights cases across the country. He recites an African proverb to illustrate why it is so important to stand up for Black people who are victims of injustice.

Crump, who is seen almost everywhere a civil rights case emerges, still lives in Tallahassee with his wife Genae, who is assistant principal at a Leon County public school for at-risk kids, and their daughter, Brooklyn. He has won ﬁnancial settlements in about 200 police brutality cases, including a $27 million settlement for George Floyd’s family in the infamous Minneapolis case.

But he is not without his detractors. Samaria Rice, the mother of 12-year-old Tamir Rice, who was fatally shot by a white Cleveland police ofﬁcer while holding a toy gun in 2014, released a statement at the time that criticized both Black Lives Matter activists and Crump.

Samaria Rice said they should “step down, stand back, and stop monopolizing and capitalizing our ﬁght for justice and human rights.” The statement also questioned whether Crump understood Ohio law. “I ﬁred him 6-8 months into Tamir’s case,” she wrote.

But Jackson, who marched with the Rev. Martin Luther King Jr. and was with King when he was assassinated in 1968, said Crump is part of the new generation of civil rights leaders.

“Now we do have people at the state and national level to hold people accountable. We will have justice,” Jackson said.

When Crump thinks about the Trayvon Martin case, he said it’s clear there is much more work to be done.

“Are we making progress? Are we going backwards?” he said. “I think about Trayvon Martin and the unknown Trayvon Martins, so often, when we think about the history of America. Who tells their story? Every day is a new day for us to make history.”

Next post FAMU alumni, students, staff converge on Fla. legislature for university’s day at the Capitol

Previous post CDC: Many healthy Americans can take a break from masks