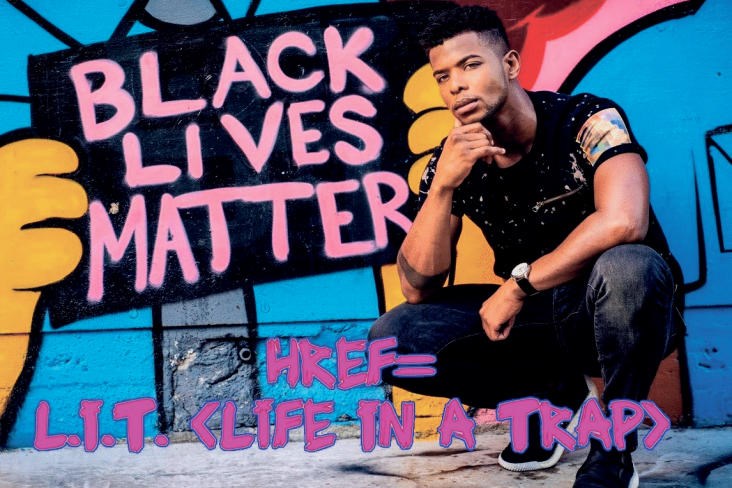 However, Ricketts’ biggest accomplish is his development and execution of “Blake’s World” (2012-2017), his brainchild. Ricketts’ work premiered at the Chinese Theatre in June 2017, and several ﬁlm festivals, including the Hollywood Independent Film Festival, the International Black Film Festival in the UK and the 2018 Cannes Film Festival in France. He also had to deal with adversity.

We all have been told, and at times feel, that anything is possible regardless of where you come from. But when life gets in the way of destiny, living your dream may not always seem within reach. As an actor, Ricketts became more tenacious, although negative experiences, personality clashes, hardship and even the Hollywood system clouded his perception.

Ricketts says since 2013 he has looked in the mirror each day and asked himself, “Are my dreams possible” – and strives to embody the “Black American Dream.” He said he believes show business is easy, but some people could make your journey difﬁcult, subjective, and personable without regard to authentic creativity and talent.

In an interview, he was asked: Where Are You From?

I’m from a small town called Lake Placid, Fla. “below the Mason Dixon Line”. I grew up in a poor black neighbor called “Hush Mouth City”, recently, some YouTuber ranked it amongst the Top 5 most dangerous places in Florida. The source of my creative/economic power is premised on ﬁrst-hand knowledge, life experiences, critical thinking, and escapism.

What do you think about the Black Lives Matter Movement’?

Trayvon Martin is a distant cousin and quite frankly everyone in America has taken a deep interest in modern issues arising from the Black community since BLM. Personally, the BLM Movement allowed me to heal, grow and rebuild important relationships. “Black Lives Matter 2020” also convinced me to seek professional help. I found that my lack of interpersonal skills arose from a feeling of worthlessness for being “Black American,” misunderstood, and silently suffering from a mental health illness with its nucleus premised on the ideology of a “White Problem.” In the end, I had to grow a profound appreciation for my roots. Thus, BLM is great, so long as the narrative is to promote, but not exploit.

Tyler Perry, Byron Allen and Clarence Avant. These men embody, “Black Wealth” and the ability to travel lightly without rich white people treating them as a threat. For me, it’s a gift and a curse to possess creative powers and tenacity derived from trauma and escapism.