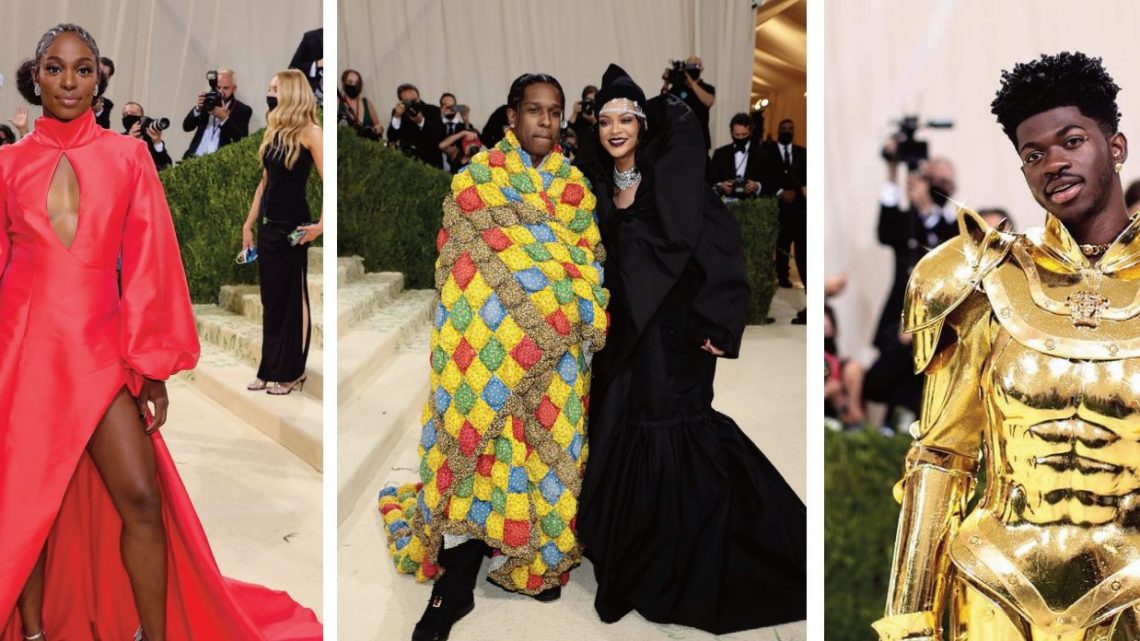 Two of the fashion world’s biggest events hit the scene fast and furious in recent days and are now a part of fashion history: New York City Fashion Week (NYFW) Spring/Summer 2022 and the Met Gala 2021.

NYFW is organized and coordinated by the 477 designers who make up The Council of Fashion Designers of America, Inc. The Met Gala was the Metropolitian Museum of Art Costume Institute’s annual fundraiser.

Both iconic productions enjoyed stellar participation getting back to some semblance of normalcy in the middle of the COVID-19 pandemic. The fashion world came to a halt in 2020 as the pandemic affected every inch of the industry from textile importation, manufacturing, publishing, and of course retail.

While online shopping giants such as Amazon reigned supreme during the shutdown, garment workers overseas and in the United States faced difﬁcult times. According to IndustriALL Global Union, which represents 50 million workers in 140 countries, COVID-19 created an “existential crisis for garment workers,” because brands and designers shut down their operations, which in turn led to the closing of factories and the massive unemployment of garment workers. Many designers closed their businesses for good and the industry, already in a pre-pandemic slump, suffered huge losses across the board.

COMEBACK FROM COVID But the fashion houses that remained standing, with the help of nonproﬁt funding and government assistance in the form of personal protective equipment (PPEs), made a strong showing at this year’s NYFW.

NYFW Spring/Summer Collection 2022 began on Tuesday, Sept. 7, and concluded Sunday with more than 150 runway shows. There were perhaps ten shows in digital format only. Most shows were mask optional, some were held outdoors.

Overall, the atmosphere was celebratory of the industry’s best artisans presenting their haute couture looks for the new year. Where it comes to diversity on the runway, there was no place better to ﬁnd African and Black American representation.

Models of different shades of mocha, chocolate, latte, cappuccino, and cream sprinkled the runway in exciting portions. Designers such as Carolina Herrara, Christian Cowan, Tom Ford, Thom Brown and Badgley Mischka, and brands such as Coach and Moschino, all enlisted ten to 15 Black models, not the token one or two of years past.

Moschino’s runway was one of the most diverse shows this season with Black models of different sizes. Even a young Black paraplegic came down the runway in a motorized wheelchair wearing a flowing canary yellow mid-length ruffled dress. A glorious moment.

The inimitable Ford did not disappoint with a rich palate of electric colors and shimmering metallic fabrics with a satiny glimmer. Eye popping as always, Ford put his spin on athletic and leisure wear by using lightweight fabrics that looked breezy and contemporary for summer afterwork cocktails or a late dinner. The highlight had to be the showstopping gold, chain link, quarter-length jacket. Ford, however, had the fewest African and Black American models walking in his show.

Herrara held a delightful collection that consisted of a varied palate of black and white stripped motifs with linen pantsuits and ruffled, wavy sleeves, diamond embroidered puff dresses with black centered bows in multiple sizes, black and white evening gowns of tulle, and a sprinkling of pink, gold, and orange summery dresses of differing lengths that would be great to wear to a spring picnic or a June wedding.

Herrara’s Creative Director Wes Gordon included 11 Black models in the runway show and is conscious of putting in the work and effort of being diverse in his presentations.

“When you really read the experiences of Black Americans in any industry, you realize, Wow, we have a lot of work to do,” Gordon told Vanity Fair in 2020. “And that includes me, that includes Herrera, that includes every white American. We could all do so much better.”

DOCUMENTED DISPARITY That statement was echoed in February of this year when The Council of Fashion Designers of America, Inc. (CFDA) issued its groundbreaking “State of Diversity, Equity and Inclusion in Fashion” report. The CFDA compiled data that surveyed Blacks in the fashion industry and found that around 50% believed their profession “is not equally accessible to all.”

Starting at the foundational level of most fashion designers, which is fashion school, many fashion and design schools do not market their programs to low-income communities or offer equitable loans for these students to attend classes. When students do gain ﬁnancial funding to attend fashion school, they are not prepared for the racial climate that awaits them upon graduation, which can prevent careers from flourishing.

The report reveals that Blacks graduating from fashion school ﬁnd that there is “a barrier of opportunity and information,” and a “who you know” atmosphere pre. vails.

Of the approximately 150 designers and fashion houses that hit the runway at NYFW, fewer that 5% were Black. Sergio Hudson, LaQuan Smith, and Kevan Hall are among those designers who held runway shows.

This year, to kick off NYFW, designers Charles Harbison, Shawn Pean, Johnathan Hayden and Tier took to the Harlem’s Fashion Row runway with Daniel presenting each designer a $10,000 grant.

Yet while NYFW Spring/Summer 2022 runways were the most diverse and inclusive collections ever presented in recent fashion memory, with Vogue magazine’s Anna Wintour awarding Carlos Nazario editor of the year accolades, the Met Gala 2021, honorarily chaired by Wintour, remained exclusive and was basically a washout for Black designers.

Black celebrities were plentiful at the bash themed “In America: Lexicon of Fashion,” held at the Metropolitan Museum of Art. Black designers were not.

The meaning behind the theme of this year’s Met Gala is to celebrate American fashion design history. Of the well-known designers that celebrities such as Normani (Valentino), Rihanna (Balenciaga), Lupita Nyong’o (Versace), Zoe Kravitz (Saint Laurent), and Mary J. Blige (Peter Dundas) donned for the evening, only a handful were a Black designer’s creation. Broadway star Audra McDonald and actress Keke Palmer looked elegant in Sergio Hudson, who shone on the runway last week. NASCAR’s Lewis Hamilton wore Kenneth Wilson. Designer Kerby Jean Raymond, founder and creative director at Pyer Moss, was in attendance, as was Christopher Jon Riser. Aurora James, founder and creative director of Brother Vellies, designed the controversial allwhite, off-shoulder gown of Congresswoman Alexandria Ocasio-Cortez that read in the back “Tax The Rich.”

The Met Gala and its honorary chair Anna Wintour have had a problematic history with inclusion and diversity. Wintour, chairperson of the Met Gala since 1995, has long faced allegations of racism and elitism. The New York Times once said of Wintour that she “created a work environment – and there is no facet of Vogue that she does not control –that sidelined and tokenized women of color, especially Black women.”

But the culture of exclusivity could very well be on the path to inclusion.

Hamilton purchased a table at the Met Gala and invited four young Black designers to enjoy the festivities. Hamilton told Road Show Monday that “a lot of brands, young designers don’t have the same opportunities and the Met is the biggest fashion event of the year. I wanted to create something that was meaningful and it’s something that will start and spark a conversation. When people see us all together, it will put these Black designers at the top of peoples’ minds."

Hamilton is in sync with the “State of Diversity, Equity and Inclusion in Fashion” report which surmised that the “future of an inclusive fashion industry is a space wherein the diversity of perspective and democratization of creative capital enable colorful and vibrant social narratives as complicated, humanistic, and disparate as our own identities.”