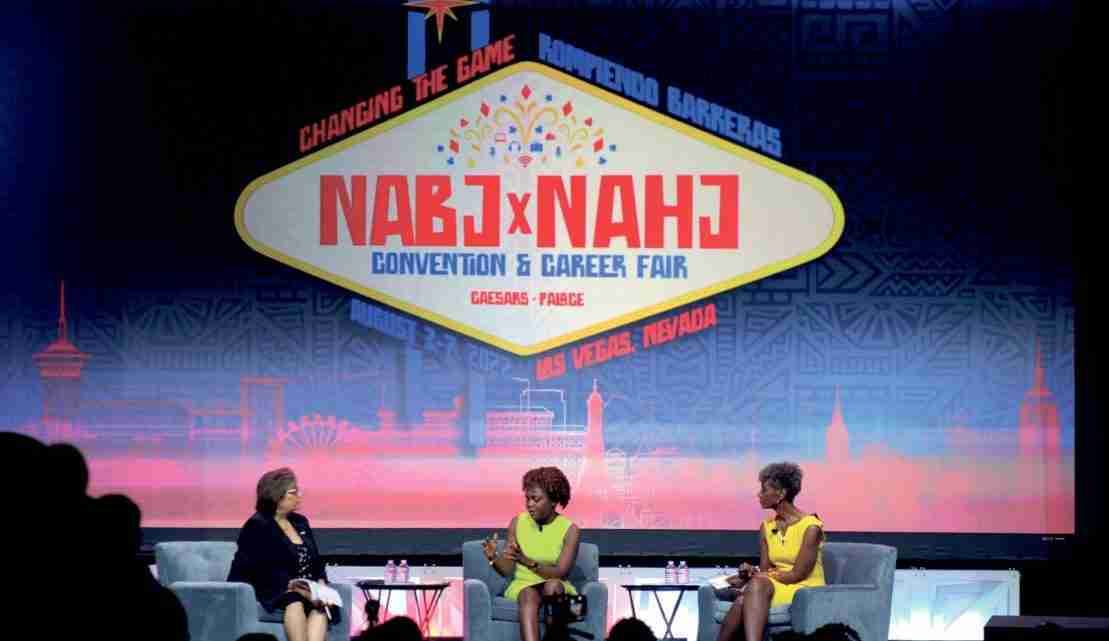 Las Vegas, Nev. – The National Association of Black Journalists (NABJ) was back in Las Vegas last week for the ﬁrst time since 2008, when the group’s guest speakers included presidential candidate Hillary Clinton and her upstart senator challenger with a funny name.

This year was the organization’s ﬁrst in-person gathering since the South Florida chapter hosted a record 4,000 for the Miami convention three years ago.

One of the highlights was former President Bill Clinton’s videotaped message congratulating NABJ-South Florida chapter member and NABJ’s Journalist of the Year, the Miami Herald’s Jacqueline Charles, during the annual Awards Gala.

Jean-Pierre, for example, addressed an array of topics and questions, but stressed the Biden-Harris administration as being the most diverse in history.

Asked by a student journalist participant in the NABJ-NAHJ Student Project how the administration planned to improve the distrustful relationship between the public and the (news) media fueled by the prior administration, JeanPierre responded:

“First and foremost, we will not be attacking the media, we will not be calling on people to attack the media. We have been very clear about that. We understand that it is a give-and-take relationship … But it is a working relationship, a respectful relationship, and we are going to show that by the way we treat you all. This is part of having an independent free press, and not allowing any intimidation.”

All amidst the glitz of Sin City – from which some took a pause to take in such man-made wonders as the Hoover Dam and Memorial Bridge amid the archaeological and other natural wonders of the west.

Some of the best advice may have come during the Sunday morning Gospel Brunch, on the convention’s traditional getaway day, when broadcast pioneer said:

“I want to encourage you not to leave your faith outside of your newsroom. You need it most there. … Don’t leave your faith at the door,” she added, “because you are not going to make it without God. Make sure you hold that door open.”

She also told the journalists, “So however you practice that – I happen to be a Christ follower, maybe you have another discipline – but whatever it is, do it, because your spirit needs to be awakened.”