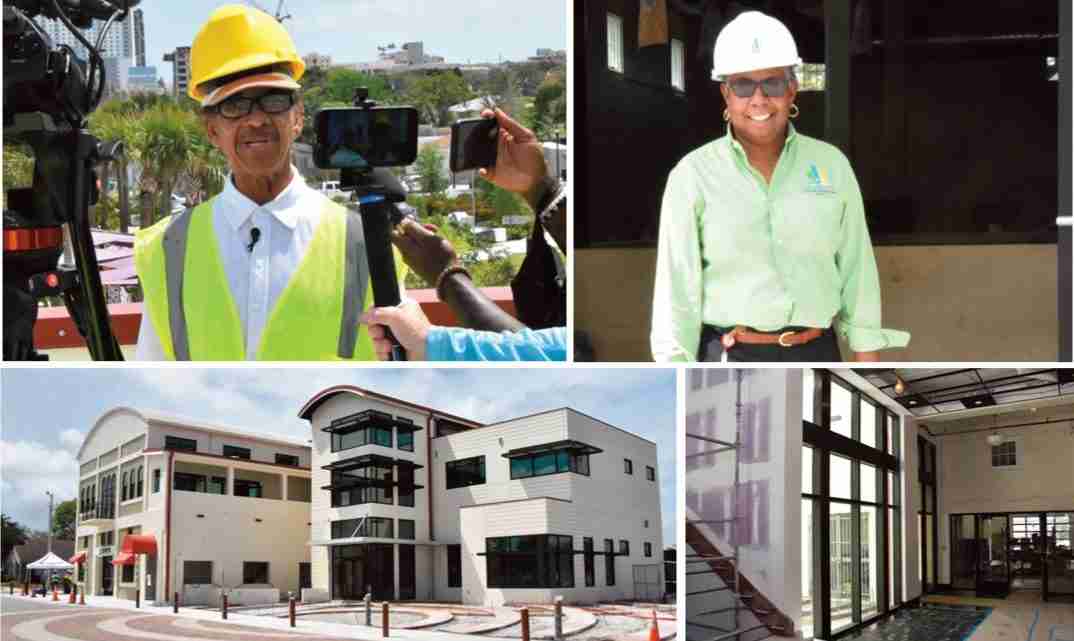 Locals such as area resident Carle Vickers, who know the history of the 1926 venue at 609 8th St., describe a hub of cultural activity that featured innumerable elite musicians in its 1940s1950s heyday, such as Louis Armstrong, Ella Fitzgerald, Count Basie, Duke Ellington, Nat King Cole, Ike and Tina Turner and James Brown.

Vickers, himself a notable musician, recounted that history – including playing the Sunset with entertainers such as Sam & Dave – during an April 14 tour of the facility hosted by the city’s Community Redevelopment Agency, which is ﬁnancing and supervising the $16 million renovation.

Genia Baker, CRA senior project manager, who grew up in the community, said the restoration was redesigned to “accommodate up to 150 seats, for a full-service type of restaurant.” Community input was key along the way, Baker said, as part of the ongoing revitalization of the city’s historic Northwest Neighborhood.

The restoration, including an added adjacent two-story building with rooftop patio, is being done by Blackowned Cooper Construction. A soft opening is planned for later in the year, and grand opening early next year, for the return of what Christopher Roog, CRA executive director, called “a crown jewel for this neighborhood.”