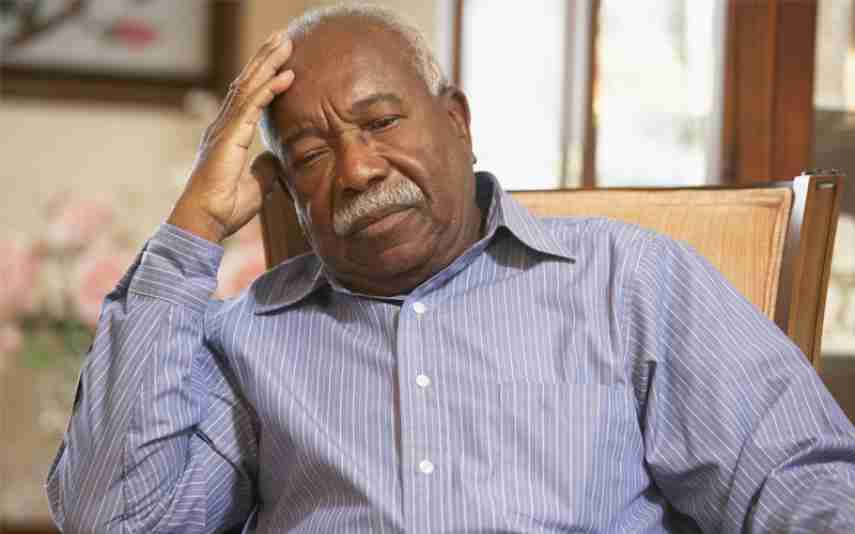 WASHINGTON (AP) _ Alzheimer’s has ravaged generations of Dean DeMoe’s family _ his grandmother, father, siblings _ all in their 40s and 50s.

DeMoe himself inherited the culprit gene mutation and at 53, the North Dakota man volunteers for a drug study he hopes one day will end the family’s burden.

International scientists gathering in Washington for a conference this week express cautious optimism that they may finally be on the right track to fight Alzheimer’s, a disease that already affects more than 5 million people in the United States and is expected to more than double by 2050 as the population ages.

Families like DeMoe’s with the very rarest form of Alzheimer’s, young and inherited, hold crucial clues to fighting this brain-destroying disease in everyone.

On Saturday, researchers for the first time brought together dozens of these families _ patients, patients-to-be and their healthy loved ones _ from as far as Australia and Britain to meet face to face. They shared advice about when their children should undergo gene testing to learn their own fate, and they got an unusual opportunity to grill government and drug company officials about why it’s taking so long to find a good treatment.

“Finally, I got to talk to other people who are going through the same thing,” said DeMoe, of Thompson, North Dakota, who with four other siblings inherited the family’s bad gene. One sister was spared.

His wife, Deb, said he experiences early memory changes known as mild cognitive impairment, but DeMoe still holds a job with an oil company and said, “I don’t dwell on it.”

Families’ first question: Why not try to fix the gene defect that causes this form of Alzheimer’s instead of targeting its downstream effects? Why, asked others, can’t desperate families get faster access to experimental drugs, as AIDS patients once did?

“It’s time to ease our anguish,” said Tal Cohen of Calabasas, California. At age 37, his wife, Giedre, already is in the mild-to-moderate stage of Alzheimer’s.

He emerged hopeful that researchers are considering creative ways to speed that access. “We don’t have any more time to wait and see,” he said.

Alzheimer’s usually strikes older adults, affecting about 1 in 9 people age 65 or over. Less than 1 percent of cases worldwide are the autosomal dominant form, caused by inheriting a gene with a particular mutation that triggers the disease well before the senior years. Children of an affected parent have a 50 percent chance of inheriting their family’s bad gene. But if they do, they almost always get sick about the same time their parent did.

Many of these families are part of the Dominantly Inherited Alzheimer Network (DIAN) study that monitors the health of family gene carriers and their healthy relatives in several countries. Recently, it showed that silent changes in the brain can precede the first memory problems by 20 years.

Now scientists think the best hope against Alzheimer’s is to treat high-risk people long before symptoms appear, aiming to at least stall the disease if not prevent it.

On Sunday, researchers at the Alzheimer’s Association International Conference reported possible new ways to predict who will get sick with the more common late-onset Alzheimer’s _ vital to testing such treatments _ and a single test probably won’t be enough, said Johns Hopkins University neuroscientist Marilyn Albert.

_Tracking about 350 people starting in middle age, Albert’s team found a combination of tests predicted development of mild cognitive impairment within five years. They include a spinal tap to measure toxic levels of Alzheimer’s hallmark amyloid and tau proteins; MRI scans to detect shrinking brain regions; and two standard memory assessments. The combination isn’t ready for doctors’ offices, but should help drug companies tell who to enroll in early-stage treatment studies, she said.

_Scientists at VU University Medical Center in Amsterdam found another protein, named neurogranin, in spinal fluid. It may signal that connections called synapses are dying, making it harder for brain cells to communicate.

_Researchers at the University of Alberta, Canada, are beginning to hunt a saliva test for earlier markers of cognitive decline.

But knowing who is destined for Alzheimer’s and approximately when it will strike makes rare families such as DeMoe’s especially critical for research. A second DIAN study now is testing whether either of two experimental drugs might give those gene carriers more symptom-free years by fighting buildup of sticky amyloid in the brain. That study soon will expand to test additional drugs.

“The goal here really is to get drugs approved to help everyone,” said Dr. Randall Bateman of Washington University in St. Louis, who oversees the DIAN drug study.

Dean DeMoe came to the meeting with his wife, healthy sister and two of his three children. He wishes researchers could have revealed if those drugs are working, but they won’t know for several years. Meanwhile, his two oldest children, in their 20s, had gene testing as part of health-tracking research but chose not to be told the results until they are older or protective drugs come along. His teenager thinks she will make the same choice.

DeMoe pins his hopes on the drug study. “It might not do good for me,” he said, “but it’s important for my family and for everyone.”

Next post ND colleges get $2.5M to offer students tutoring, other help