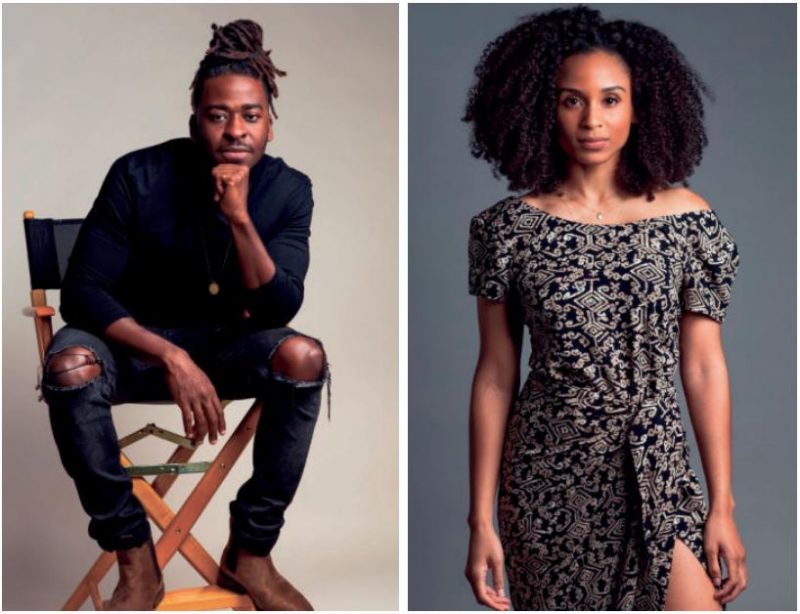 Filmed entirely in South Florida with a local cast and crew, “Ludi” serves as an ideal complement to this year’s festival, whose theme is celebrating Miami and its world famous “305”area code.

The ﬁlm follows a hardworking Haitian immigrant nursing assistant named Ludi whose half truths lead to a string of mishaps, and exacerbate her longing for home. “Ludi” explores a myriad of poignant themes such as the complexities of the immigrant experience, the plight of women in the workplace and the reality of the American Dream.

The screenplay is a collaboration between Jean and co-writer Joshua JeanBaptiste and was inspired by the experiences of Jean’s mother after she emigrated from Haiti.

“Growing up I never saw the Haitian culture represented authentically on ﬁlm,” Jean said. “This ﬁlm is a step toward reclaiming our stories and reframing the narratives around our existence. ‘Ludi’ is a story speciﬁc to me, yet universal in scope. Everyone has or knows a Ludi in their life.”

“Ludi” is the ﬁrst ﬁlm to emerge from the Cinematic Arts Residency by Oolite Arts, a program that aims to help fast forward the careers of Miami ﬁlmmakers by giving them $50,000 to conceptualize and create a micro-budget feature ﬁlm.

“’Ludi is a quintessentially Miami story that will resonate both here and around the country," said Dennis Scholl, president and CEO of Oolite Arts. "Oolite Arts’ Cinematic Arts program is here to help locally-based filmmakers bring Miami stories to the big screen, and help them advance their careers. ‘Ludi’ is the perfect example of what’s possible, and representative of the talent we have in our community."

Notable cast and crew members include Miami native Shein Mompremier, who displays a breakthrough performance as the titular character and is well met by supporting actor, Alan Myles Heyman.

“It’s an honor to play ‘Ludi’ and a profound experience to do so in my mother tongue for the first time,” Mompremier said.

Crew members include Jonathan Cuartas, director of “My Heart Can’t Beat Unless You Tell it To,” who edited “Ludi”, and Darnell Monestime, a self-taught musician and music producer who composed the ﬁlm score.

The ﬁlm was produced by Fabiola Rodriguez, with whom Jean has partnered to launch Bantufy Films, a production company focused on creating low- and micro-budget ﬁlms featuring stories from perspectives traditionally absent or misrepresented in usual industry fare.

“‘Ludi’ is a beautiful ﬁlm with an authentic perspective on the immigrant experience in the United States,” said Rodriguez, an immigrant herself. “Most of our cast and crew are immigrants or the children of immigrants, and that’s really important to us.”

Jean said he is thrilled that the Miami Film Festival will screen the world premiere of “Ludi.”

“A ﬁlm made in Miami, by Miamians, to premiere at the Miami Film Festival on Miami’s 305 day, March 5th. It’s the perfect launch,” he said. “The world, and particularly this country, is ready for a ﬁlm like [this].”