Herbicide used in Vietnam War has lingering effect on vets 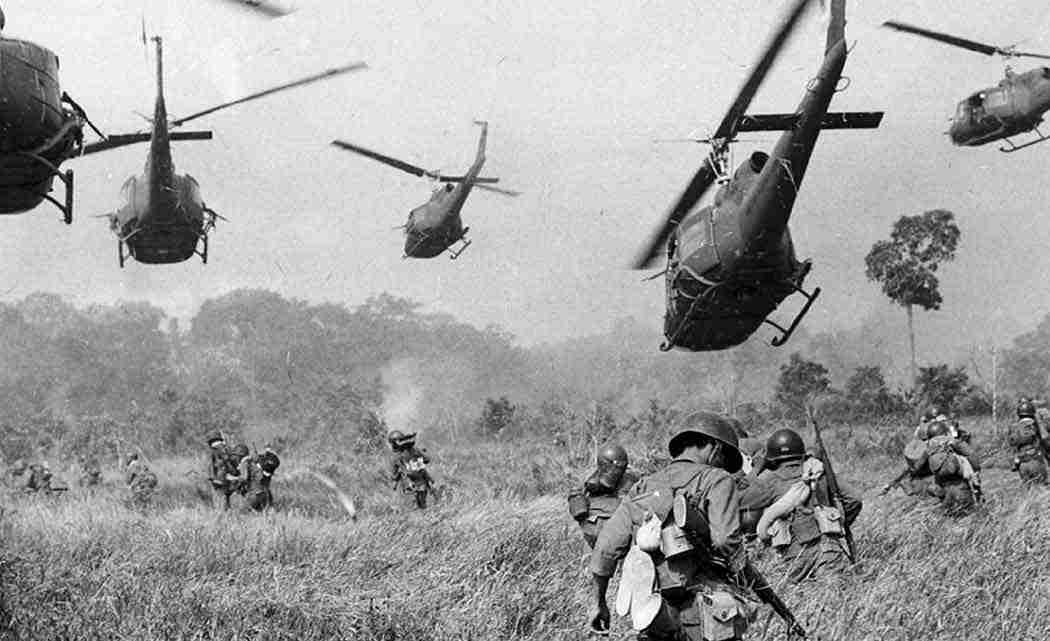 During the Vietnam War, United States military forces encountered an enemy that didn’t march in formation and meet on a battlefield; they fought Viet Cong soldiers who took cover in the thick forests and vegetation that grew in rural areas of South Vietnam, making it almost impossible to see where troops were moving, the Enid News & Eagle (http://bit.ly/1ApBPjH ) reported.

One answer to this problem was a mass defoliation project from 1961 to 1971 to remove the tree cover and deprive the Viet Cong soldiers of food using several herbicides, including a mixture of two phenoxyl herbicides: Agent Orange.

Agent Orange, or Herbicide Orange, got its name from the orange markings on the storage barrels, and was manufactured primarily by Monsanto Corp. and Dow Chemical.

Nearly 20 million gallons of herbicides, including about 12 million gallons of Agent Orange, were sprayed over Vietnam, eastern Laos and parts of Cambodia from helicopters of low-flying C-123 Provider aircraft fitted with sprayers.

The toxins destroyed more than five million acres of forests and 500,000 acres of crops, and the effects of Agent Orange and other herbicides continue to wreak havoc.

Agent Orange destroyed more than foliage and vegetation; it began destroying lives, and it still does so today.

Veterans who were exposed to Agent Orange reported illnesses or miscarriages and birth defects after returning home. In Vietnam, Dr. Nguyen Viet Nhan reported children born in the areas where Agent Orange was sprayed were three more times likely to have multiple health problems, including cleft palates, mental disabilities, extra digits, and some were stillborn and physically deformed after prenatal exposure, according to a 1998 article from BBC.

U.S. Veterans began filing claims in 1977 for disability payments from the Department of Veterans Affairs for illnesses they believed to be caused by exposure to Agent Orange.

Ronald Tunnell, an Enid resident and Vietnam veteran, served in the Navy from 1962 to 1970.

Tunnell served on five ships, including the USS Oklahoma City and the USS Providence.

“It was on the Oklahoma City when we were in Saigon for a week,” he said. “We went down the Saigon River, but they called it the Red River.

“The reason it’s red is because of all the Agent Orange they sprayed around the area.”

Proximity to the defoliants was enough to contaminate, but Tunnell and his shipmates got closer than that.

Tunnell didn’t notice any ill effects from his exposure until almost 25 years after his return, when he was diagnosed with Type 2 Diabetes in 1995.

“I’ve got one cousin in the family who has diabetes, and I didn’t have a trace of diabetes until after the service,” he said.

Since then, Tunnell also has been diagnosed with peripheral vascular disease associated with the diabetes in his feet and legs; neuropathy and peripheral neuropathy in his arms, hands, legs and feet; hypertension; and post-traumatic stress disorder.

The neuropathy has rendered the nerves in his feet useless.

“If I went barefoot on the carpet, I wouldn’t know it,” he said.

Tunnell applied for health care benefits and compensation from the VA in 2008, and began receiving compensation in 2013.

“When the VA started paying, we moved and everything improved,” he said. “We had been trying to make it on Social Security and retirement payments. It was tough.”

Tunnell scoots around in an electric wheelchair and breathes with the help of an oxygen apparatus, but is waiting for the VA to approve manual controls for his vehicle.

He applied for the manual controls for his vehicle in October 2014, and received a letter in December stating the VA still is in the process of making a decision.

Stacy Rine, a public information officer for the veterans’ hospital in Oklahoma City, said records show that Tunnell applied for the hand controls and passed the tests that determine if he is eligible for approval. Ndidi Mojay, with the office of media relations at the VA in Washington, D.C., said Tunnell’s application still is pending.

Angel Hanson, a Stillwater resident, said her father, John Hanson, was a member of the 101st Airborne Division and served in Vietnam from 1968-69.

In 1972-73, Angel said her father had a rash on his neck and visited the VA hospital, where doctors said it’s possible it was a result of Agent Orange exposure.

In 2003, he developed a cough and went back to the VA hospital, where Angel said he was diagnosed with adenocarcinoma, a glandular cancer.

“They found a lump the size of a grapefruit behind his heart, and it spread to his head and back,” she said. “He died in 2005.”

“My daddy turned 59 in July and passed away in September,” she said.

It was little consolation to know the cancer most likely was caused by his Agent Orange exposure, and the VA picked up the bill for his treatment, she said.

“I watched my hero waste away,” she said. “But he fought it hard. Up until six months before he died, he was determined he was going to beat it.”