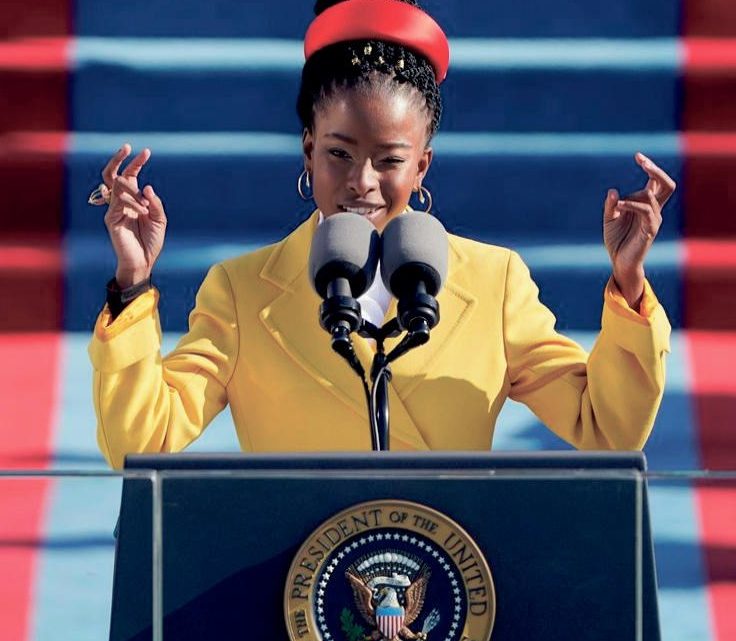 Baltimore (AP) – The president of a historically Black university in Maryland was so captivated by inaugural poet Amanda Gorman’s poem during President Joe Biden’s inauguration that he offered her a job – on Twitter.

Morgan State University President David Wilson joined the many people lauding Gorman, 22, Wednesday after her recital of “The Hill We Climb,” a poem that summoned images dire and triumphant and echoed the oratory of John F. Kennedy and the Rev. Martin Luther King Jr. among others before the global audience.

“Ms. Gorman, I need you as our Poetin-Residence at the National Treasure, @MorganStateU,” Wilson tweeted. “Outstanding!!!!! Consider this a job offer!”

Wilson’s offer is certainly not the only opportunity that Gorman, the youngest inaugural poet in U.S. history, will receive since her widely praised performance. The Harvard University alum and Los Angeles native is already the country’s ﬁrst National Youth Poet Laureate. She, along with Vice President Kamala Harris, inspired many people to tweet about #BlackGirlMagic last Wednesday. And Gorman hasn’t been shy to say she’ll run for president herself one day.

Her career is already taking off: Penguin Young Readers announced Wednesday that “The Hill We Climb” will be published in a special edition this spring. Within hours after her performance, her illustrated “Change Sings” book was No. 1 on Amazon.com’s bestseller list, her September poetry collection was No. 2, and her Instagram followers grew to 1.3 million.

But Wilson, who says he was “glued to the TV” while Gorman spoke, has hope.

“I’m very serious about opening an opportunity for her to come here as a poet in residence. We have all kinds of authors on campus, and we think that being at Morgan for a year would give her an even deeper and wider perspective on the issues she is addressing. If she would accept this offer, I would move on it in a heartbeat,” he told The Baltimore Sun.

“I will be watching my emails.”