HOW THE NEW HEALTHCARE.GOV STACKS UP WITH THE OLD 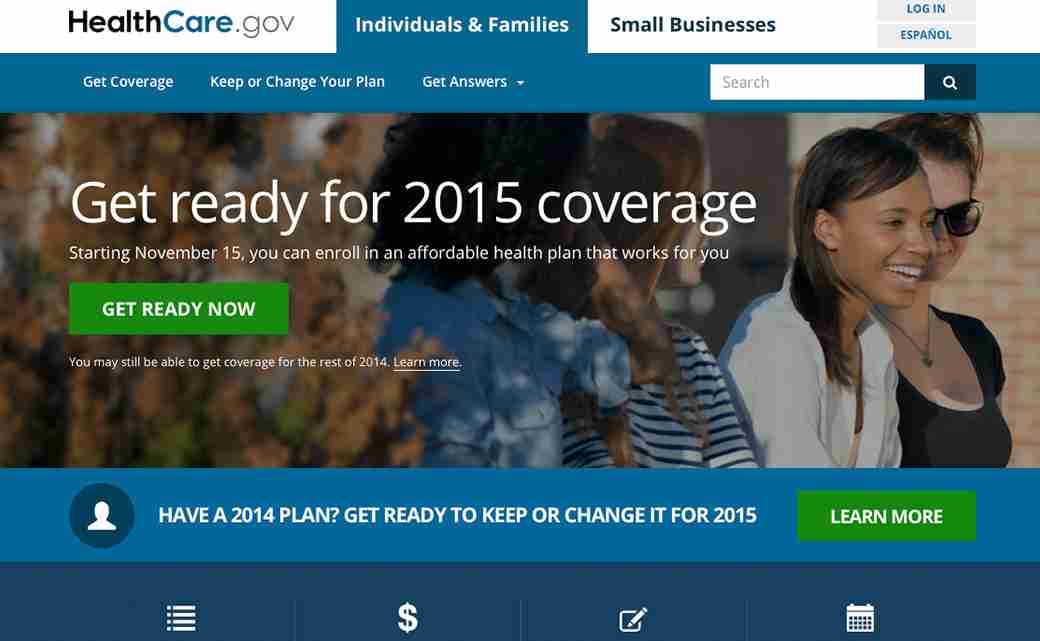 WASHINGTON (AP) – HealthCare.gov, the website for health insurance under President Barack Obama’s health care law, has been revamped as its second enrollment season approaches. But things are still complicated, since other major provisions of the Affordable Care Act are taking effect for the first time. A look at website and program changes just ahead:

Old: 76 online screens to muddle through in insurance application.

New: 16 screens – for the basic application that most new customers will use. But about a third of those new customers are expected to have more complicated cases, and how they’ll fare remains to be seen.

Old: Prone to crashing, even with relatively few users.

New: Built to withstand last season’s peak loads and beyond, at least 125,000 simultaneous users. Actual performance still to be demonstrated.

Old: Six-month open enrollment season, extended to accommodate customers who had to put up with website glitches or got stuck in line at the last minute.

Old: Everybody was new to the system.

New: As many as 7 million existing customers could be coming back – adding a built-in crunch factor. If returning customers want to make changes to their accounts they’ll have to act by Dec. 15 for those to take effect by Jan. 1. Many will want to do so because it could save them money.

New: HealthCare.gov’s Hispanic-oriented website could still use a going-over from a high school Spanish teacher. But one conspicuous mistake in translating the appeal to “get ready” got fixed quickly. Maybe that’s a sign of things to come.

Old: No way to window-shop anonymously when the system went live.

New: Window-shopping for health insurance plans available without first creating an account. But the site still lacks a way for consumers to search for plans by simply entering their doctor’s name. Instead, they’ll have to follow links to individual insurance company directories. Tip: Double check with your doctor’s office to see whether he or she is still in the plan.

Old: Budget number crunchers for Congress had estimated 7 million people would enroll, but cut that back to 6 million because of website glitches. Eight million actually signed up, beating expectations. In the end, about 7 million were still enrolled.

Old: Pent-up demand from people denied coverage by insurance companies because of pre-existing medical conditions, or who were just unable to afford it.

New: Tougher sell to customers who sat out last year’s open enrollment season, even under threat of fines.

Old: Fines for staying uninsured the full year start at $95.

Next post OBAMA TO MEET WITH ALLIES ON MILITANT FIGHT