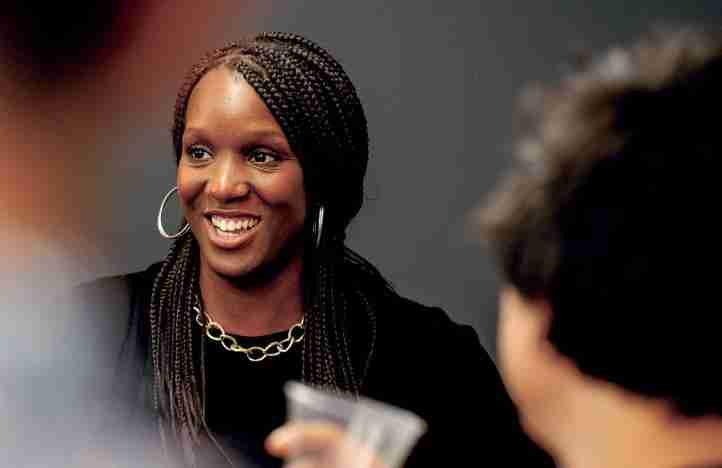 WASHINGTON, DC) – In the latest season of “The Secret Adventures of Black People,” guests from Ireland, England, France, Jamaica, the Netherlands, and Wales share tender memories of past holiday celebrations and offer thoughtful reflections on what it means to be Black in countries outside the U.S.

“The Secret Adventures of Black People” is a non-fiction, non-narrated podcast offering 8-15 minute theatrical glimpses into the poignant, hilarious, and relatable experiences of Black people in America and abroad.

The goal in sharing the narratives is to tell a wholistic story of Black life around the globe and showcase the multitude of ways there are to be, and sound, Black!

Listeners praise Nichole’s honest, playful, and theatrical storytelling. “In a sea of podcast voices, Nichole’s stands out as unique and fresh. I found the first couple of stories to be an absolute delight to listen to, and a balm in my feed,” wrote a reviewer.

• Black Christmas in Ireland – Kenny cites some surprising holiday television classics while reflecting on his relationship with being Black and Irish.

• Black Christmas in England – Athena shares the Caribbean workarounds for English recipes while reflecting on what calling someone Black British does and does not mean.

• Black Christmas in France – Amelie reflects on the ways in which she is in between two worlds on the holidays and with her relationship with being both Black and French.

“The Secret Adventures of Black People” is available on Spotify, Apple Podcast, Google Podcasts, Stitcher. Or visit nicholelhill.com or thesecretadventuresofblackpeople.com.

Previous post A man of empathy, moral ardor, and some silly jokes