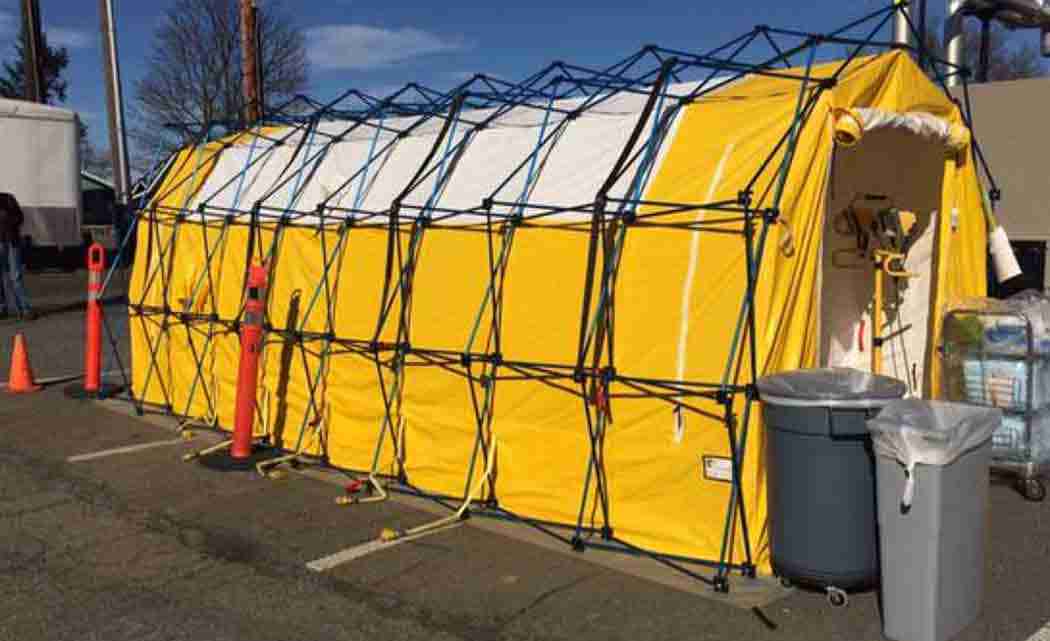 PORT ANGELES, Wash. — A hospital in Port Angeles has erected a tent to isolate patients with measles symptoms and prevent the disease from spreading inside the building.

The Peninsula Daily News reports (http://bit.ly/1AAf64d ) a sign at the entrance to Olympic Medical Center directs anyone with measles symptoms to call before entering. The yellow tent is set up outside the emergency room.

Two people in Clallam County have measles _ a 52-year-old man and a 5-year-old girl who had contact with him. Four other people are being tested for measles.

And students who attended the same school as the girl, Olympic Christian School, are under home quarantine if they can’t prove immunity.