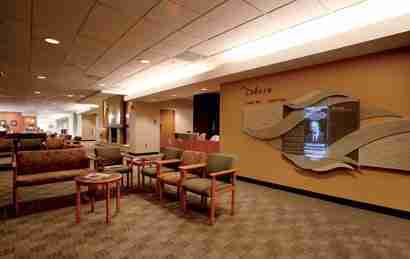 ST. CLOUD, Minn. (AP) _ An internal investigation has found that some patients at the CentraCare Health Coborn Cancer Center in St. Cloud received improper doses of radiation, resulting in discipline and firings of some employees.

CentraCare President and CEO Ken Holmen told the St. Cloud Times that the errors affected “a small group” of patients. He wouldn’t give a number but said they’ve all been contacted. He also would not say how many employees have been disciplined or fired, but said they included people with leadership roles in the radiation oncology department.

Holmen said most of the affected patients didn’t get enough radiation, meaning a small increase in the chance of a recurrence of their cancer.

“We’ve worked with patients to have them understand what happened, what we’ve done about it and what options for them are,” Holmen said. “We are extraordinarily sorry and regret that this occurred. We’re committed to working with the patients and their families in whatever way they think best fits them.”

At least one received doses that caused serious complications. The Star Tribune reported Saturday that 79-year-old Betty Zollner, of Paynesville, suffered partial paralysis after the radiation damaged a healthy section of spine several centimeters above her tumor.

“There is no way to reverse the damage,” Zollner told the newspaper. “My prayers aren’t being answered.”

State health department records obtained by the Star Tribune show that the state has been investigating at least three mistakes self-reported by Coborn Cancer Center. Attorney Josh Tuchscherer of the Meshbesher & Spence law firm told the newspaper he has contacted the agency about clients who may have been injured as a result of receiving too much or too little radiation from treatments at the center.

The law firm has been advertising in St. Cloud-area media and on billboards in recent months for people who were injured by or died from radiation treatment at the center.

Holmen said he didn’t know if the health department was reviewing any cases beyond the three events Coborn reported to the state in November.

To ensure safety going forward, Holmen said processes and protocols were revamped in January to include simultaneous review from outside experts for all radiation oncology patients.