Report: Most Kansas pupils get 20 minutes or less of recess 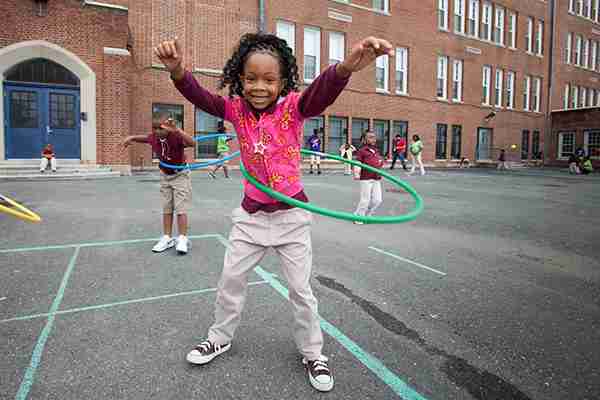 By HEATHER HOLLINGSWORTH
Sixty-three percent of Kansas elementary students have 20 minutes or less for daily recess and only 41 percent of schools have policies prohibiting the play break from being withheld as a punishment, according to a new survey.

The findings, which will be discussed Wednesday at a Kansas State Board of Education meeting, were a collaborative research effort of the Kansas State Department of Education and the Kansas Association for Health, Physical Education, Recreation and Dance. A $23,950 grant from the Kansas Health Foundation paid for the study, which was conducted in fall 2014, with nearly 490 Kansas physical education teachers responding.

“Kansas schools have a tremendous opportunity to promote healthy eating and physical activity during school hours,” said Jeff Willett, the foundation’s vice president for programs and advocacy in an email. “Far from taking time from learning, these healthy habits actually help kids succeed in school.”

The research comes amid national concerns about childhood obesity and youth fitness. Only 1 in 4 U.S. kids aged 12 to 15 are getting an hour or more of moderate to vigorous activity every day, according to the 2012 National Youth Fitness Survey.

Vicki Worrell, Executive director of the Kansas Association for Health, Physical Education, Recreation and Dance, said the amount of time Kansas schools are devoting to recess is alarming because research shows a correlation between physical activity and academic success.

The study also found that 61 students of elementary students receive two recesses daily, suggesting that the breaks they do have are short, said Worrell, a former elementary physical education teacher in Derby. Other findings include that 61 percent of elementary students don’t have their lunch recess before eating, although research has shown that students consume healthier foods when that happens.

Authors of the study recommend that recess should not be withheld for academic or punitive reasons. The authors also suggest that the frequency and duration of breaks should be sufficient to allow students to “mentally decompress,” although no specific amount of time is mentioned.

“We would certainly hope that parents would lobby their individual school districts,” Worrell said, “because their kids need this physical activity.”

Previous post At 20, Manning camp's influence on NFL is widespread