Riveting ‘Till’ about the love between a mother and son 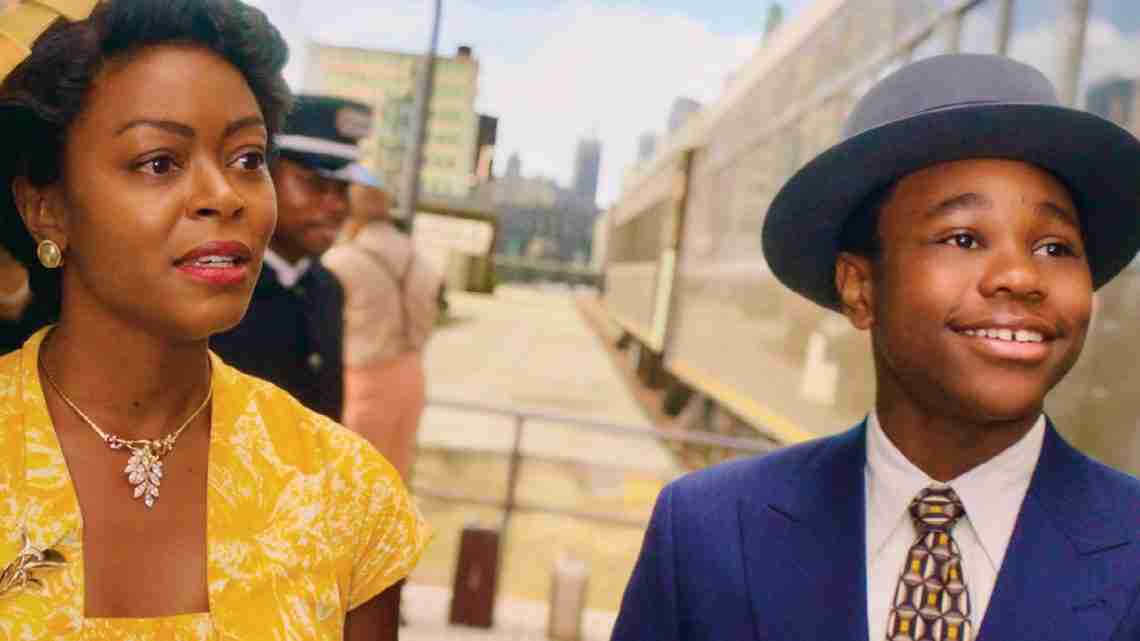 “Hardly a moment goes by when I don’t think about Emmett and the lessons a son can teach a mother.” – Mamie Till-Mobley.

Writer/director Chinonye Chukwu (“Clemency”) and co-writers Michael Reilly and Keith Beauchamp (doc ﬁlmmaker of the award-winning “The Untold Story of Emmett Till”) recount this brutal crime largely from the mother’s point of view.

A mom whose quest for accountability and justice sparked a new age in the Civil Rights Movement. A crusade that became a blueprint for other Black moms forced into the same situation by heinous acts of violence.

Till-Mobley passed away in 2003, but her ﬁghting spirit lives on in this very enlightening and deeply emotional bio/drama.

In 1955, Mamie (Danielle Deadwyler, “The Harder They Fall”), a young single mom and widow, has a very respected ofﬁce job with the Air Force in Chicago. With great trepidation and egged on by her mother Alma (Whoopi Goldberg), she sends her 14-year-old son Emmett (Jalyn Hall, “Bruiser”) South to Mississippi to stay with relatives for the summer.

Before his departure, Mamie dutifully and prophetically warns her affable son that he must tone down his vibrant behavior, recognize the evils of racism and be on his guard. Hanging with his cousins outside a grocery store, Emmett whistles at and offends Carol Bryant (Haley Bennett), a White woman whose family owns the shop. Several nights later, Bryant’s irate husband, his half-brother and others barged into the Emmett’s granduncle’s house, abduct, mutilate and shoot the vulnerable boy dead.

News of the teen’s disappearance and subsequent killing reaches Chicago. Mamie’s worst fears turn into agony and grief. She’s shocked into action, seeking the truth, accountability and a reckoning. Courageously she stands up to southern racism during her son’s killers’ trial: “Hate is like a virus in the blood of Mississippi.”

Meticulously, with the reﬁned brushstrokes of an artist, the wisdom of a shaman and the spirit of a ﬁghter, Chukwu retells Mamie’s history making story. Feelings of sadness, anger and ultimately inspiration emerge in ways that will enlighten and move audiences. Ingeniously, as her illuminating bio/crime/drama confronts treacherous bigotry, the ﬁlm becomes more and more riveting. Wisely, the violence surrounding Till’s horriﬁc death is kept off camera and never exploited.

The family life is endearing, the courtroom drama intense (a la “To Kill a Mockingbird)” and the smart strategies used to keep this tragedy in the public eye are on view. When Till-Mobley demands an open casket so the world will see what they did to her baby, her savvy becomes awe-inspiring. You feel the misery, but you also see an indomitable spirit put into action.

The footage is eye-catching, and the sounds pierce through the crises. Every color (art directors Carlton Lee Jr, Christopher Tandon), thread (costume designer Marci Rodgers), set (production designer Curt Beech) and prop (Cassaundra Marie) works to reproduce the times and locations. The proceedings are captured in luminescent cinematography (Bobby Bukowski, “The Messenger”) and intensiﬁed by a pulsating score with evocative acapella voices (Abel Korzeniowski). All scenes and sequences are carefully assembled into an increasingly intense string of images (editor Ron Pantane).

The accomplished cast includes Frankie Faison as grandad, Sean Patrick Thomas as Mamie’s future husband Gene Mobley and John Douglas Thompson in the pivotal role as the uncle who must live with haunting regrets. Goldberg, as Grandma Alma Carthan, takes a very understated approach to her characterization, making the matriarch even more believable. Jalyn Hall’s interpretation of Emmett is so vibrant and likable it makes the teen’s tragic death even more devastating.

Deadwyler’s angst-ﬁlled and gutsy performance pulls you into Mamie’s full range of emotions. Happy protective mother. Fearful parent. Enraged guardian. Fierce advocate. When Emmett’s casket is taken off a train, she cries and moans in ways so primal it will touch your soul. At a funeral home, when Mamie views her son’s body, touches his mangled corpse and screams in pain it will break your heart. Deadwyler’s display of sorrow is so deep and expressive it deserves an Oscar Award.

Sometimes the love between a mother and son is so strong it doesn’t die, even after death. That’s what audiences will see here. That’s what they will take away. A love and strength that endures.