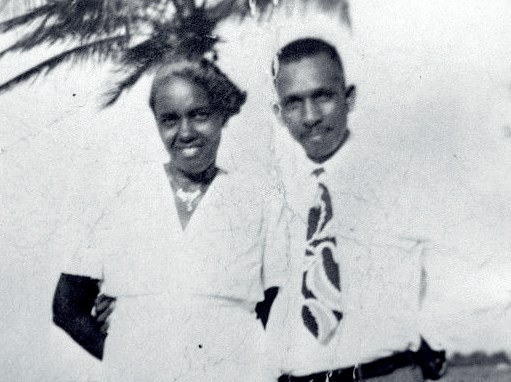 FORT LAUDERDALE, Fla. – A soon to be renowned place beginning on Juneteenth 2021 is NW 7th Street as the street is renamed to honor the memory of two of history’s most legendary civil rights activists – Harry T. and Harriette V. Moore.

The celebration will move from the small street to the big screen on Saturday, June 19 for the final filming of “The Price for Freedom” based on the book “The Bomb Heard Around the World.”

“This day will be in honor of Harry T. and Harriette V. Moore,” said Holness, who won the vote of the Broward County Commission to change the street name of NW 7th Street between NW 27th Avenue to NW 31st Avenue as “Harry-Harriette Moore Street.”

“This film will tell their story to the world,” said Holness. “They were ordinary people who brought about extraordinary change and we are privileged to pay tribute to them here in Broward County,”

Filming – will take place throughout the day, with the final scene set for 2 p.m. at the Mt. Hermon AME Church, 401 NW 7th Ter. in Fort Lauderdale.

The Moores were the first true civil right activists of the modern civil rights era in Florida. Harry Moore organized the first branch of the NAACP in Florida in 1934 and 11 years later became president of the Florida Conference of NAACP branches. In 1945 he formed the Florida Progressive Voter’s League and became its executive director. He was instrumental in registering over 100,000 Black voters in Florida. He was an outspoken advocate against racial violence and lynching and was a vocal critic of the inequities in the criminal justice system.

The Moores were teachers, who lost their jobs because of their civil rights activism. They brought about much change and would eventually pay the ultimate price. On Christmas Day in 1951, as the Moores slept, a bomb was exploded under their bed. It was their 25th wedding anniversary. Ironically, June 19th is Harriette Moore’s birthdate. The heinous hate crime killed Mr. Moore. Harriet died nine days later. Newspaper headlines read “The Bomb Heard Around the World.”

MIAMI BEACH, Fla. – Juneteenth – a combination of “June” and “nineteenth” – recognizes the date that formerly enslaved African Americans were informed that they were finally free. Juneteenth celebrations remind us that freedom and racial equality have always been and continue to be a hard-fought battle for African Americans.

The Betsy Hotel, 1440 Ocean Drive, Miami Beach, has announced two events to honor Juneteenth 2021. No tickets are required and the programs are free and open to the public. The Betsy and its community partners envision that the celebrations will inspire honest conversation about societal inequities that continue to threaten, disrespect and devalue the lives of African Americans, and also provide a forum to celebrate African American excellence.

Arts Celebration – Live jazz on June 19 from 6 to 11 p.m. in the lobby of The Betsy Hotel, with pianist Allen Paul. Carole Ann Taylor will host the indoor event, and perform with guest musicians Brenda Alford, Nicole Yarling and Lisa Richards. Patrons may order dinner and drinks during the performance.

Live poetry and music – at The Betsy Poetry Rail, in the Alleyway adjacent to the hotel, where the public is invited to enjoy poets Rebecca Butterfly Vaughns and Geoffrey Philp from 9 – 9 :30 p.m. Peace activist and jazz saxophonist Gregory LeDon will improvise with the poets. Hosting the outdoor event is DeAnne Connolly Graham.

The Betsy will release “Zen and the Art of … Juneteenth” via Zoom on Monday, June 14. The program features community leaders discussing the history and meaning of Juneteenth. Call 305-760-6900 or visit thebetsyhotel.com.

The Spady Cultural Heritage Museum will welcome Pat “Mother Blues” Cohen and Dr. Joan Cartwright as the focus of the 2021 Juneteenth Celebration. Cohen returns to perform a fulllength concert as part of the official celebration on Saturday, June 19 at 8 p.m. at the Arts Garage, 94 NE 2nd Ave., Delray Beach, followed by a “Talk Back” session with Dr. Joan Cartwright about women and music. Tickets to the concert are $40-50 per person and can be purchased at artsgarage.org/event/pat-mother-blues- cohen/ or by calling 561-450-6357.

The City of Miami’s 20thAnnual Juneteenth Commemoration Celebration on Saturday, June 19, noon to 8 p.m. June 19,1865 marks the end of slavery in the United States and serves as the nation’s oldest celebration of freedom. The theme for this year is “Black Family: Representation, Identify, Equity and Diversity.” The day of food, fun and family fellowship takes place at Reeves Park; 600 NW 10 St., in Historic Overtown. Vendor/ Partner Form: forms.gle/vT489MRF4GoWatE57

The City of Miami Beach’s Arts in the Parks will host at the North Beach Bandshell on June 19 from 6 – 8:45 p.m. Enjoy the show (with COVID-19 safety protocols in place), or watch as a free live stream. RSVP at juneteenth.miami.