Snails slither into spa scene in Thailand and around world 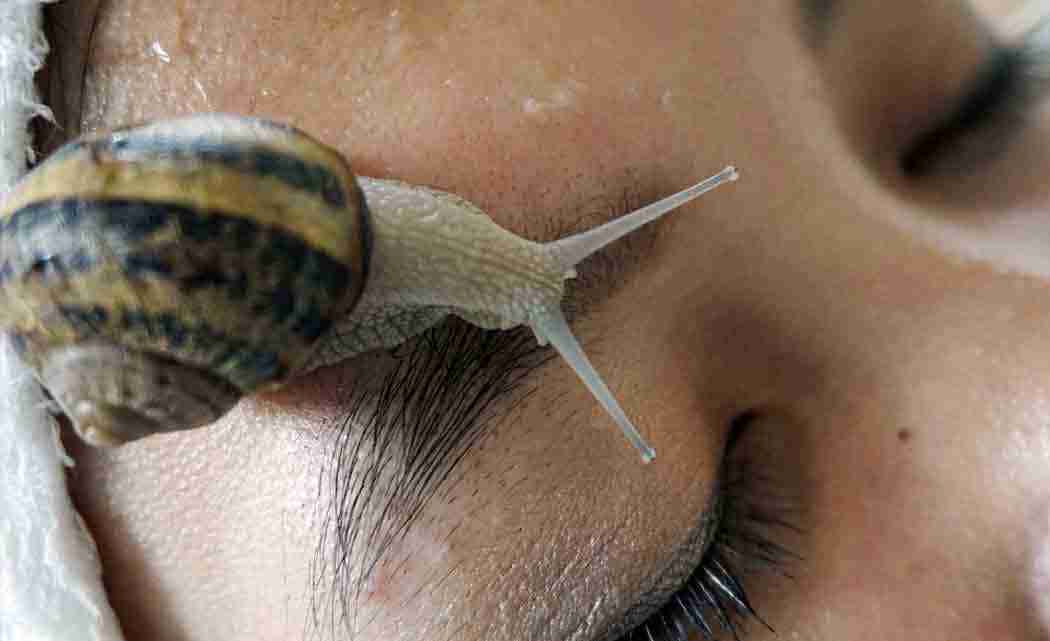 CHIANG MAI, Thailand (AP) — The last time I encountered escargots they were served up by a French waiter, sizzling in garlic and herb butter. Now, one is slithering up the bridge of my nose while five others are being stuck onto other parts of my face by a Thai beautician, all secreting snail slime to hopefully smooth out some wrinkles and otherwise give me a younger-than-my-age look.

That this latest addition to the global beauty and wellness craze — snail facials — should surface in the hills of northern Thailand is only natural. This Southeast Asian country ranks among the world’s top spa destinations, with massage treatments of every description offered around just about every corner. Other members of the animal kingdom are also enlisted, including fish at some 4,000 pedicure spas.

Merely another marketing ploy or an effective way to plump up skin in need of repair or rejuvenation? Expert opinions differ. The two young Thai women reclining next to me at Chiang Mai’s Snail Spa sang the praises of helix aspera muller glycoconjugates, snail mucus for short.

And when I returned home, my wife described my face as “different,” but declined to go into detail.

Appropriately, given the French passion for these gastropods, the spa was started last year by two Frenchmen who had imported 100 of them from home. The colony now boasts more than 30,000, munching on chemically free carrots, cabbage and aloe on a certified organic farm.

“We take care of the snails as if they were our family, our babies. You can see they look very good,” says Luc Champeyroux, one of the partners, gently applying one to his forearm. He does confess to eating escargots (“but not mine”), plans to breed some for the table and is currently experimenting to produce “the perfect snail caviar.”

A chosen few get plucked from the farm for duty at the spa, where I opted for the 45-minute Snail Spa Celebrity Course. For $30, it’s a bargain compared to the $200 customers must shell out at Tokyo’s Ci:z.Labo, a beauty salon where snail massage made its debut in 2013. Spas have also opened in China and London, and the French duo are expanding to Bangkok next month.

Given its novelty, Chiang Mai public health inspectors last month descended on the spa to determine whether the treatment was safe and if imported snails — officially classified as “alien creatures” — might prove harmful to local species. Results of the investigation have not yet been released.

While the facials are new, concoctions made from snail mucus are said to date back to ancient Greece, when the great physician Hippocrates reportedly crushed snails and sour milk as a cure for skin inflammations. In recent times, the French have turned this essence of escargot into assorted creams and lotions.

The fluid, exuded by snails when under stress, is known to contain beneficial nutrients and antioxidants, but Bangkok-based Dr. Dissapong Panithaporn and other dermatologists say that there has been no significant scientific research on how these actually work when applied to the skin.

Champeyroux, a manager in France’s nuclear power sector before falling in love with Chiang Mai some years ago, says his all-natural line of snail products, Coquille, acts against burns, acne, stretch marks, scars and aging. The two women next to me concurred.

Taksaphan na Pohn, a 22-year-old recent university graduate, said she had earlier tried laser and other techno-treatments but after some research decided that “natural therapy” was better. She said snails helped clear her acne when she was stressed during her studies.

“My face is firmer and softer,” she said. “But you don’t get immediate results. It shows gradually.”

Like for many, the prospect of having my face crawling with slimy hermaphrodites (snails are unisex) did not immediately appeal. Although from my own research I decided it might be preferable to another natural therapy — “uguisu no fun,” or nightingale feces facial, which has been around in Japan for centuries.

So after being slathered with one of Champeyroux’s creams, the beautician plopped down the first of half a dozen mollusks on my face. A balmy coolness I sensed as they proceeded to slide over my cheeks, furrow through my eyebrows and tickle my lips, taking particular liking to my nose since snails are fond of climbing.

Opening my eyes, I got a macro lens view of one critter perched on my nose tip. Its twin, antennae-like feelers were weaving about, possibly seeking an escape route with its tiny eyes. The snail’s 14,000 microscopic teeth produced a slight, not unpleasant, scratching when it slid toward my nostrils.

So if truth be told, I sort of missed my harmless, sensuous sextet when they were dislodged, clinging to my skin with a gentle suction.