Social Security boost will help millions of kids, too 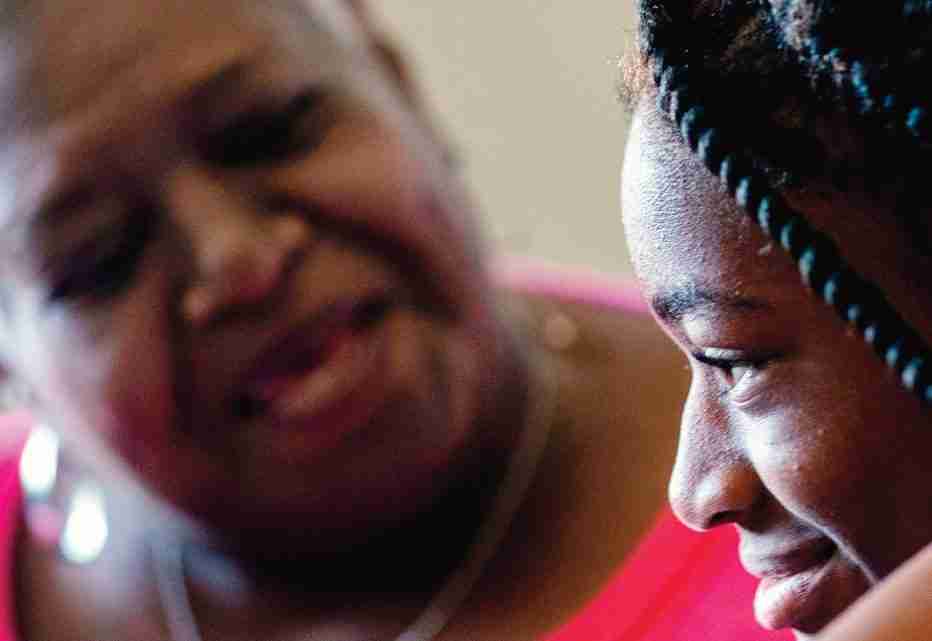 Washington (AP) – Seventy-year-old Cassandra Gentry is looking forward to a hefty cost-of-living increase in her Social Security beneﬁts _ not for herself but to pay for haircuts for her two grandchildren and put food on the table.

The three live in a Washington apartment building that houses 50 “grandfamilies’ where grandparents take care of children who do not have parents present.

Gentry, who took in her grandkids to keep them in a safe environment, says the boost in beneﬁts will help her make ends meet. “I never thought about contributing to Social Security when I was working, but now that’s what I depend on,” the communications retiree said. “I depend on my Social Security to care for these kids.”

Social Security’s cost of living adjustment, otherwise known as the COLA, for 2023 is expected to be around 9% or even higher, the highest in 40 years, analysts estimate. It will be announced Thursday morning.

It’s not just old people who will gain. About 4 million children receive beneﬁts, and an untold number of others also will be helped because they’re being cared for by Social Security beneﬁciaries, sometimes their grandparents.

The impact will be immense, especially for low-income retirees like Gentry, who feels the painful sting of high food and energy costs as she cares for a growing 12-year-old granddaughter and 16-year-old grandson. “They eat everything,” she joked.

She said the ﬁnancial boost “is going to help us, and it’s going to be a beneﬁt because the cost of everything has gone up.”

High inflation remains a burden on the broader economy, which has caused the Federal Reserve to raise interest rates in hopes of cooling high prices.

But in many ways, inflation hits older Americans harder than the rest of the population. Medical costs are a big part of the burden.

Coupled with a decline in Medicare Part B premium, the Social Security COLA will put more money in the hands of the 70 million Americans who receive beneﬁts, including the growing number of grandfamilies like Gentry’s. According to the U.S. Census, in 2020, there were about 2.4 million grandparents responsible their grandchildren.

That number has increased exponentially since the government has adopted a “kinship care” approach to child welfare, which centers on keeping kids in homes with their next of kin, as opposed to foster care.

And in turn, while Social Security is generally regarded as a program for older Americans, it also is the nation’s largest children’s support program.

Since the pandemic, Social Security has become even more important for children, as “COVID has taken a lot of parents,” said Maya Rockeymoore Cummings, a nonresident senior fellow at Brookings Metro, which is part of the Brookings Institution, and the CEO of Global Policy Solutions, a social change strategy ﬁrm.

The National Institutes of Health reported last October that at least 140,000 U.S. children under age 18 had lost a parent or guardian due to COVID.

Cummings says she estimates the actual number is much higher. “We should understand the increase in the COLA will have a positive net beneﬁt on the entire household _ not just older members of the family,” she said.

Gentry is an advocate for grandparents who raise their grandkids, and the building her family lives in is at capacity. She said many of the grandparents, who are African American and support each other in their tight-knit community, rely solely on Social Security for their income.

A study by Global Policy Solutions shows that African American children are in the greatest need of the added help from Social Security beneﬁts.

Grandparent caregivers are 60% more likely to live in poverty than are grandparents not raising grandchildren, according to the U.S. Ofﬁce of Personnel Management.

The Child Tax Credit program, which was expanded during the pandemic, helped tens of millions of kids and their families, contributing to a 46% decline in child poverty since 2020, according to a September Census report.

But that program has ended and already there are indications that child poverty is increasing.

Nancy Altman, co-director of Social Security Works, an advocacy group, said “beneﬁts in many other federal programs are eroding but the COLA makes Social Security unique.” “And for the children who receive Social Security beneﬁts,” both directly and indirectly, “low-income kids beneﬁt the most,” she said.

William Arnone, chief executive of the National Academy of Social Insurance, an advocacy organization for Social Security, said while the expected COLA is “generous, it is just a catchup” for many older Americans who are often more impacted by price hikes caused by inflation, especially grandparents taking care of grandkids.

Gentry said she hopes more grandfamily communities like hers pop up around the country so residents can provide support for one another when resources are not readily available. She said she’d also like to see more federal programs factor in grandparents like her when making policy determinations.

“I always say our grandparents are heroes, because we stepped in when nobody else would,” she said. “And we did the job.”