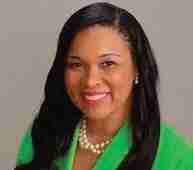 FAMU has struck again! Tiffani Dawn Sykes will replace Kortne Gosha as Florida A&M University’s Vice President and Director of Intercollegiate Athletics. Michael Smith is currently serving as the interim director of athletics. Sykes is the second woman director of athletics (first of overall athletics) in FAMU’s history after Sarah-Hill Yates, who worked in the athletics department from 1977 to 1988. Sykes has recently held the position of Executive Senior Associate Athletic Director for Varsity Sports and Senior Woman Administrator at Dartmouth College in Hanover, New Hampshire where she has served for three years.

Sykes has an extensive work history serving at HBCU’s across the CIAA, MEAC, and SWAC. In 2002, she started her career in college athletics in sports information at Saint Paul’s College in Lawrenceville, Virginia and accepted the role of Senior Woman Administrator. Sykes has also served at Grambling State University (where she has earned her master’s degree in sports administration), Norfolk State University, Chowan University, and Virginia Union University.

Sykes graduated from Virginia State University in 2001 and was a twosport athlete playing volleyball and softball.

Next post An Open Letter to Mayor Francis Suarez, City of Miami, FL