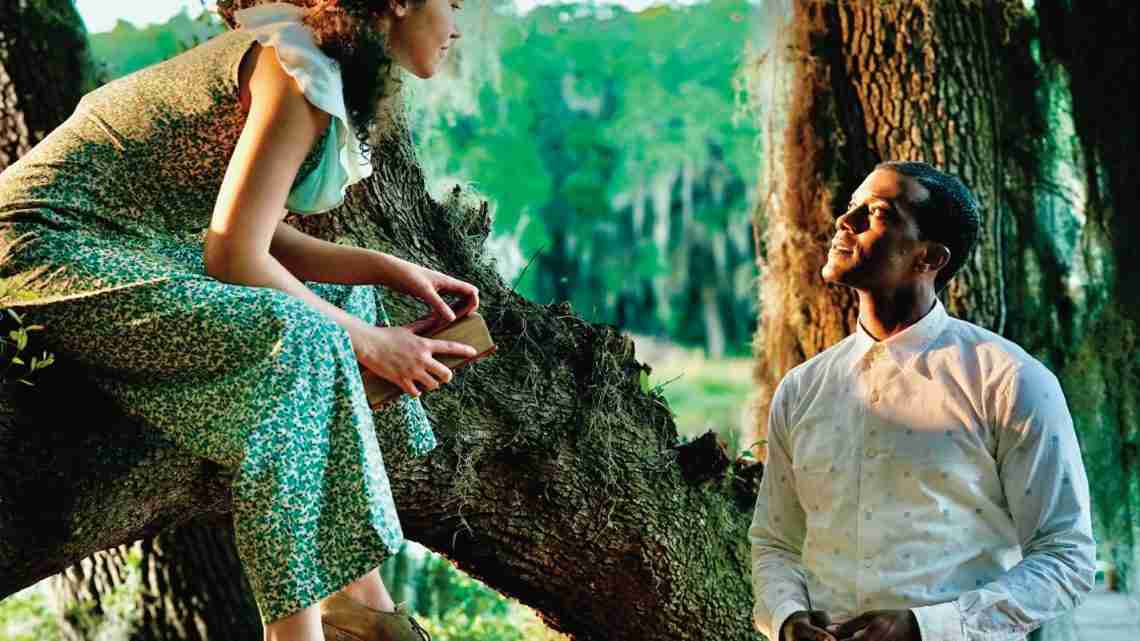 Writer/director Tyler Perry had never had a movie programed at the prestigious Toronto International Film Festival. He said as much on the night of his latest ﬁlm’s premiere. On stage he revealed that the script was written 27 years ago, and he was proud to have “A Jazzman’s Blues,” now available on Netflix, open at TIFF.

The audience seemed attentive but reserved. Post screening, the audience gave the ﬁlm, cast and him a standing ovation. He made them see horrors and feel love. Then Ruth B., the Canadian woman who composed and sings the ﬁlm’s title song, appeared on stage. Violinists played behind her as she sang the melancholic “Paper Airplanes." Everyone was moved.

“I need you to be happy cause we can’t be sad together,” says the femme fatale in this lovelorn melodrama. Yet sadness overwhelms any glee and romance in this southern ode to the ills of racism and the grief it causes. To understand the magnitude of the story, audiences must pay attention to the script’s bookend plot devices.

In 1987, Hattie Mae, an older Black woman, views Georgia’s White, racist state attorney general as he spews hate on TV. She walks to his ofﬁce, barges in and hands the AG a stack of letters. He wants to know why she’s leaving him the missives. But as he reads them, he is engrossed in the story they tell about an ill-fated romance and gruesome murder dating back to the ’40s. When he’s done, he’s shocked beyond words. Why? That’s the crux of the ﬁlm.

With echoes of authors Alice Walker, Tony Morrison and Bernice McFadden, Perry’s very engaging script meticulously sets the characters, location, racial tensions and starcrossed love that so reflects the 1940s. The atmosphere is so southern and country you can almost feel the warm breeze, smell the oak trees and feel the sun on your skin.

Bayou (Joshua Boone), an innocent sepia-skinned 17-year-old, falls in love with a very light-skinned teen named Leanne (Solea Pfeiffer), who lives with her abusive grandfather. The old man won’t let lover boy near his granddaughter. But the two ﬁnd a unique way to meet. A relationship grows. It brings them together and splits them apart.

Bayou’s nurturing mother (Amirah Vann), a jealous older brother (Austin Scott), Leanne’s scoundrel of a mom (Lana Young) and White racists shape his life and their love. A budding career as a jazz singer gives him stardom. Leanne becomes a calculating gold-digger, which brings her angst and heartache. The mix of light musical moments and dark drama would challenge many directors. But Perry thoughtfully pulls those contrasting elements together as if he was blending the essences of Cotton Club and Mudbound.

The very talented and extremely photogenic primary cast are augmented by skilled actors: Austin Scott, Milauna Jemai Jackson, Brent Antonello, Brad Benedict, Kario Marcel, Lana Young and Ryan Eggold, Their characters weave in and out of evocative sets, locations and situations (Sharon Busse, production designer). Kisses, ﬁghts, singing, dancing and family life are artfully captured by cinematographer Brett Pawlak. Happy and sad moments are blanketed by Terence Blanchard’s songs and Aaron Zigman’s music. All of it is edited together like scenes from an old ’40s movie by Maysie Hoy.

Perry has accomplished tonally, artistically and dramatically all he needed to do with this rich melodrama. No wrinkles. No mistakes. It’s as if he wanted to tuck his Madea madness away and become an auteur. Is this a fleeting moment or a new direction?

If viewers pay attention to the plot pieces and verbal and visual clues, by the time the AG ﬁgures out what happened, their mouths will drop. The tragedy on view, which Perry concocted, will leave them with mixed, melancholic emotions and an anger for the Confederate flag that waves towards the end of the ﬁlm as a sign of times gone by that should never come again.

As the ﬁnal credits roll and viewers gather their thoughts, the heartbreaking, Oscar-caliber song “Paper Airplanes” is sung. “You are the song that I long to hear once more…” It’s a beautiful sadness. Something like what a jazzman’s blues might be. A feeling that expresses the deepest most somber emotions.