For obesity, no miracle diet pill in sight

Associated Press — March 15, 2012
WASHINGTON (AP) —The battle of the bulge has been a big, fat failure for U.S. drugmakers. But that has not stopped them from trying.

For nearly a century, scientists have struggled to make a diet pill that would help Americans lose weight without side-effects that range from embarrassing digestive issues to dangerous heart problems.

Recently, a government panel recommended the Food and Drug Administration approve the latest diet drug Qnexa. The recommendation raises hopes that the U.S. could approve the first anti-obesity drug in more than a decade. It also highlights how challenging it is to create a pill that fights fat in a variety of people without negative side effects. Even Qnexa was previously rejected over concerns that it can cause heart palpitations and birth defects if taken by pregnant women.

“Having a drug for obesity would be like telling me you had a drug for the fever,” said Dr. Mitchell Roslin, chief of bariatric surgery at Northern Westchester Hospital in New York. “There can be millions of different reasons why someone is obese; it’s really a symptom of various underlying mechanisms.”

An effective and safe diet pill would be an easy sale in the U.S.: With more than 75 million obese adults, the nation’s obesity rate is nearing 35 percent. But the biggest problem in creating a weight-loss drug is that there appears to be no safe way to turn off one of the human body’s most fundamental functions.

For millions of years, humans have been programmed to consume calories and store them as energy, or fat. It is this biological mechanism that makes it almost impossible to quickly lose weight by not eating. Cutting down on food instead sends stronger signals to the body to store more calories.

So, the drug industry has been on a nearly 100-year search so far for a drug that can help the body shed pounds. It has mostly failed to come up with an effective one and many of the experiments have proven fatal to patients:

• Early attempts focused on speeding up metabolism or the body’s method for breaking down food into energy. The speed of metabolism controls how quickly or slowly we burn calories and ultimately how much weight we take on.

• In the 1930s, doctors prescribed an industrial chemical called dinitrophenol which accelerated metabolism but also caused fever, swelling and deadly toxicity in some patients.

The 1938 law establishing the Food and Drug Administration was a response to untested drugs like dinitrophenol.

• In the ’50s and ’60s, amphetamines became popular drugs because they boost metabolism and suppress appetite. But the pills proved to be highly addictive and doctors discovered they increase blood pressure and heart rate. The amphetamine phentermine is approved for short-term weight loss, usually less than 12 weeks, though it is seldom prescribed because of the potential for addiction.

• Perhaps the worst diet pill safety debacle came in the 1990s and involved the combination of phentermine and another weight-loss drug marketed by Wyeth called fenfluramine. The combination of the two pills, dubbed fen-phen, was never approved by the FDA. But because the agency doesn’t regulate doctors’ decisions about prescribing various combinations of drugs, more than 18 million fen-phen prescriptions were written by 1996.

One year later, studies suggested that up to a third of patients taking fen-phen experienced heart valve damage. In 1997, Wyeth was forced to recall two versions of fenfluramine and eventually paid more than $13 billion to settle tens of thousands of personal injury lawsuits.

• In the last decade, drugmakers have moved toward other weight loss concoctions. Currently, the only drug approved for long-term weight loss in the U.S. is orlistat, which is sold as the prescription drug Xenical and over the counter as Alli. The drug works by blocking the absorption of fat.

Most drugmakers now are focusing on medications that block brain signals associated with food craving and appetite. Vivus’ Qnexa is one of a trio of drugs seeking FDA approval.

High Cholesterol takes a hit when you eat right 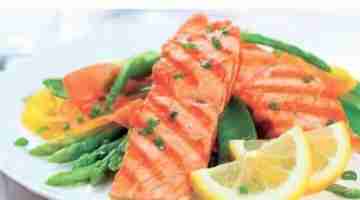 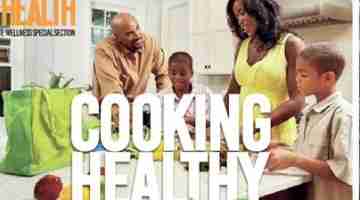 How to eat healthy when you’re on the go 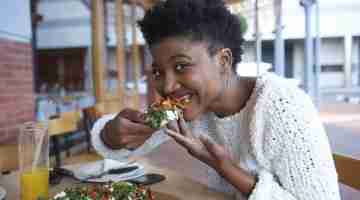