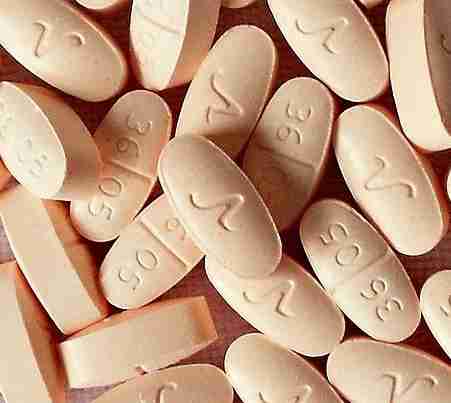 TALLAHASSEE, Fla. – Legislation aimed at fighting opioid abuse in Florida has raised concerns among doctors over provisions to impose limits as short as three days for prescriptions of the potentially addictive painkillers.

Physicians have mounted strong opposition to provisions being considered by House and Senate committees to limit prescriptions for Schedule II painkillers like Oxycontin and Fentanyl to three days – or seven days in some cases if a physician documents it as medically necessary.

Doctors have told lawmakers that such limits on prescriptions are not enough for some cases of acute pain. They also argue the limits would go too far in limiting flexibility for practitioners, and would place too much burden on patients – some of whom may have limited access to transportation and limits on their mobility – to renew prescriptions.

“I don’t think any of us as competent physicians would write a prescription that wasn’t medically necessary,” he said. “Patients are different. Their pain is different. And we treat them all differently.”

Rep. Jim Boyd of Bradenton said that all parties have been “very open minded in working toward a solution.”

“We’re not trying to tell the doctors and the medical community how to practice,” said Boyd, a Republican who represents an area that had the state’s highest per capita death rate in 2016 for fentanyl analogs, which are synthetic opioids similar to fentanyl but more powerful. “They understand it is a huge epidemic.”

Gov. Rick Scott declared the opioid epidemic a public health emergency last May. The Florida Department of Law Enforcement reported a 35 percent increase in opioid-related deaths from 2015 to 2016.

Twenty four states since 2016 have passed legislation that imposes some limits or guidelines on prescribing opioids. Only two – Kentucky and Minnesota – have statutory limits of three or four days.

Florida Orthopedic Society Executive Director Fraser Cobb said he has offered suggestions to both Benaquisto and Boyd, but isn’t hopeful about a compromise. Besides transportation and mobility issues, especially with seniors, his organization’s concerns are about how pain can be defined in law.

Orthopedic surgeon Brandon Luskin of Boynton Beach echoes the same concerns, saying there isn’t any leeway when things are put into law.

“There are guidelines that allow doctors to tailor and modify plans for patients and not be under penalty,” he said. “When you put something into law either you are following it or breaking it.”

Both bills, each of which has one more committee stop before reaching the floor, contain tenants of Scott’s proposals. Besides the prescription limits, it includes a revamp of a statewide database to monitor prescriptions and to crack down on unlicensed pain management clinics.

Lauren Schenone, press secretary for Scott, said the governor has met with all parties for their input on the legislation.

“The Governor’s proposal is based on guidelines from the Centers for Disease Control and is applicable only to acute pain, not chronic pain such as cancer and hospice care,” she said.

Physicians were leery at first about requiring use of the state prescriptions database, but most of those have mostly subsided with a proposed revamping of the system that would make it work seamlessly with patient’s records. The database would also join 40 other states that have reciprocity agreements, which would prevent patients from doctor shopping for additional prescriptions across state lines.

“I really believe that everyone who has voiced their thoughts and concerns have one goal – to help stem the tide of new addiction,” Benaquisto said.

Next post Tarana Burke, #MeToo founder, working on a book