COULD MORE HAVE BEEN DONE FOR THOMAS ERIC DUNCAN? 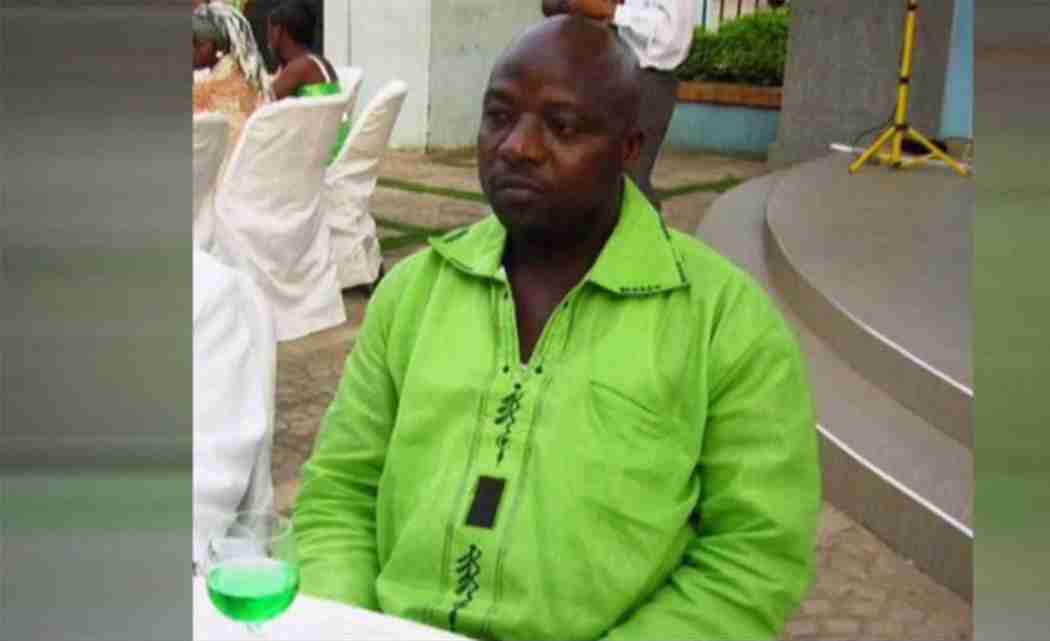 BY EMILY SCHMALL, RAY HENRY AND WILL WEISSERT

DALLAS (AP) – When Thomas Eric Duncan became the first diagnosed case of Ebola in the United States, his relatives with roots in virus-ravaged Liberia knew what questions to ask.

Would his treatment include experimental drugs? Was a blood transfusion from a survivor an option? What about a transfer from the hospital in Dallas, where he was being treated, to one of four medical centers nationwide that specialize in highly infectious diseases like Ebola?

Duncan, poor and uninsured, did not get all the help his family members wanted, and they now question why his care was different in some ways than that of Americans infected with the deadly virus who survived. Of the nine people who have been treated for Ebola in the U.S., only Duncan has died.

“We asked. We begged. We pleaded. I even offered my own blood, even though it wouldn’t do anything for him,” said nephew Josephus Weeks, who was so close in age to Duncan that they were raised like brothers. “We requested everything we could think of to save Eric. They said no.”

Texas Health Presbyterian Hospital Dallas spokesman Wendell Watson said “many treatment options” were considered, including experimental drugs and a transfusion. What could be done to save Duncan was “discussed daily” with experts at the U.S. Centers for Disease Control and Prevention and Emory University in Atlanta, which has a special isolation unit that successfully treated other Ebola patients. He said all parties decided to leave Duncan in Dallas, where he died Oct. 8.

Duncan’s medical records, which the family shared with The Associated Press, note the smallest details of his treatment: what he ate, how he looked, the fluids and drugs pumped into his Ebola-ridden body.

The records probably reflect a fraction of the discussions over Duncan’s care. Still, they say relatively little about experimental treatment. Five days passed from the time a doctor first suspected Ebola, when Duncan returned a second time to the ER on Sept. 28, until hospital officials noted they were trying to secure an experimental drug, brincidofovir, for Duncan on Oct. 3.

Worried about the delay, Weeks texted his hospital contact on Oct. 4.

“Is there an experimental treatment we need to speak about?” Weeks said in a text message exchange with a Presbyterian Hospital liaison, Jennifer Rainer.

“He has gotten a first dose,” Rainer replied minutes later, adding that she could not say whether the drug was working.

Duncan received another dose of brincidofovir on Oct. 7 – the day before he died, records show.

Experts disagree on whether getting Duncan an experimental drug sooner, giving him a different drug or a blood transfusion would have made a difference.

“No real way to know, since there are absolutely no data on it,” said Dr. Greg Moran, an emergency and infectious disease specialist at UCLA.

But Dr. Thomas Geisbert, an Ebola expert at the University of Texas Medical Branch in Galveston, said he had trouble understanding why four days elapsed between Duncan’s confirmed test results on Sept. 30 and his first treatment. And he was surprised by the choice of experimental drug given to Duncan.

“The guys who do what I do, working in this field, find it puzzling,” said Geisbert, a professor of microbiology and immunology who has been studying Ebola since the early 1990s and was consulted on two of the U.S. cases. “It kind of came out of left field. I think the jury is still out on why this would have any activity against Ebola.”

Although treatments have varied, ZMapp and TKM-Ebola are the only drugs proven to protect nonhuman primates from Ebola, Geisbert said.

While the manufacturer of ZMapp ran out of the drug before Duncan’s diagnosis, limited doses of TKM-Ebola were available, according to Julie Rezler, a spokeswoman for the drugmaker, Tekmira.

The latter was given to Dr. Rick Sacra, an American physician who was infected with Ebola in Liberia. He was treated at a Nebraska hospital and released healthy on Sept. 25, five days before blood tests confirmed Duncan’s diagnosis.

Other survivors include American medical missionaries Dr. Kent Brantly and Nancy Writebol, who received doses of ZMapp in Liberia before they were flown to the United States.

Watson, the Presbyterian Hospital spokesman, said “one of the investigational medicines was felt to be too risky, one – ZMapp – we were told was not available.”

“Permissions had to be obtained from the FDA, Institutional Review Board and others, and then the drug had to be located and obtained,” Watson said. “That process moved as quickly as it could be done.”

Brantly said he also offered his plasma to Duncan but that the two men’s blood types did not match. The Dallas hospital said it could not find a matching blood type among Ebola survivors for a transfusion with Duncan, who was Type B-positive.

With limited research and experience, it’s difficult for experts to know what treatments make a critical difference for Ebola patients. For example, doses of ZMapp were given to a Spanish priest and a Liberian doctor, who both died. Brincidofovir, which Duncan received, was also given to Ebola-stricken American video journalist Ashoka Mukpo, who survived.

“It’s virtually impossible to say that this is the thing that that did it, and this is the thing that didn’t do it,” Dr. Anthony Fauci, director of the National Institute of Allergy and Infectious Diseases, said Friday as he announced that one of Duncan’s nurses who became infected, Nina Pham, had received blood plasma from another survivor. “At this point, everything is experimental.”

Duncan’s relatives say they also sought to have him sent to Emory University, one of the specialized hospitals. Duncan’s medical records suggest he was still strong enough several days into his hospitalization to walk around his room, sip Sprite and watch an action movie. There is no discussion of a move in Duncan’s medical records.

It’s not clear who made the decision to keep Duncan at the Dallas hospital.

Christine Mann, spokeswoman for the Texas Department of State Health Services, said the decision not to move Duncan came from Presbyterian Hospital and the CDC.

“At the time it was the CDC’s guidance that most hospitals in the country could manage an Ebola patient,” Mann said in an email. “The hospital was willing to treat the patient and it was their decision to keep treating him.”

CDC spokesman Thomas Skinner said the decision to keep Duncan in Dallas was made by the hospital, doctors and the patient. CDC officials said they sent two epidemiologists to Dallas to trace Duncan’s contacts for signs of further infection, not to consult on treatment.

Less than a week after Duncan’s death, CDC Director Tom Frieden said he wished he had dispatched a bigger team to Dallas.

Not all Ebola patients have been treated at one of the four specialized hospitals. While Pham and the other Duncan nurse infected with Ebola, Amber Vinson, were flown almost immediately to specialized facilities, Bellevue Hospital Center in New York City is now treating Dr. Craig Spencer, who apparently contracted Ebola treating patients in West Africa.

Duncan’s family in North Carolina and his fiancee in Dallas have suggested that his care was influenced by his race and class.

Weeks said he found it “conspicuous” that Duncan, the only U.S. patient to die, was black.

Watson, the hospital spokesman, said race and class were not a factor in Duncan’s care. He said the facility treats every patient with compassion and strives to provide safe, quality care to everyone.

“I didn’t get to speak to anyone in authority,” said Wureh, a registered nurse. “I don’t know who to blame.”