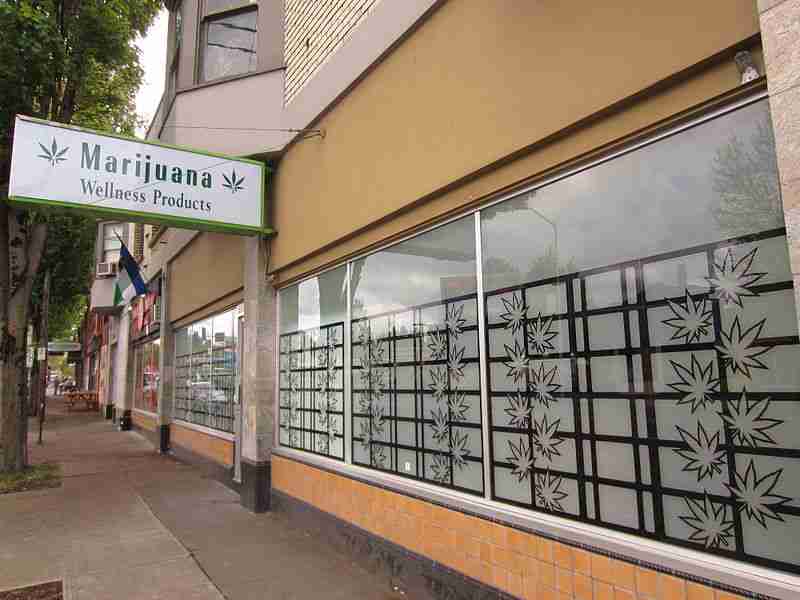 By FRANK GLUCK
The News-Press

A stylish kitchenette and table is on the opposite side of this Surterra Wellness Center medical marijuana showroom, space used to host educational sessions on the merits of the drug – something legal only under very strict circumstances in Florida until Amendment 2 took effect last week.

This 2,000-square-foot storefront, one of a handful of Florida dispensaries that have opened in recent months, looks more like a day spa lobby or high-end salon. Nothing about it evokes images of the seedy bong-filled pot shops of popular imagination.

“I think it’s great. You walk in and it’s nice and clean,” said Deanna Lolley of Riverview, who buys tinctures of cannabis-laced drops for her epileptic son. “To tell you the truth, I didn’t know what to expect.”

More than 60 Florida communities have temporarily banned such centers, including Bonita Springs and Estero, fearing what such shops might bring with them. But others may soon welcome these potential big-revenue generators as state regulators dramatically expand access to the drug.

In the meantime, the half dozen companies allowed to produce and dispense medical marijuana are doing their best to dispel fears. The goal, said spokeswoman Monica Russell, is to “normalize” medical marijuana use.

“The idea is to make patients feel comfortable, to make a mother with a sick child or a sick parent – or herself, who is dealing with an ailment – make her feel comfortable to bring her child in with her or bring her elderly parent in here and not feel like she is doing something wrong,” she said. “We’re not going to hide what we’re doing.”

Walk-ins are infrequent but regular, staff say. Most are established patients. Occasionally someone will drop in and ask how they can qualify for medical marijuana.

During an hour-long visit this week by a reporter, several people stopped by.

The Surterra dispensary announces its presence, and the fact that it offers medical marijuana, with a prominent sign along the main roadway to its host shopping center.

The neighborhood itself is a commercial district less than a mile west of the University of South Florida. Its neighbors include an insurance office, property managers, a Pizza Hut and a Chipotle Mexican Grill.

Sherri Abbonizio, an insurance agent at All Star Insurance next to the shop, said she didn’t even know Surterra Wellness was a marijuana dispensary until a reporter recently told her.

“I think whatever helps people is great,” she said. Abbonizio said the storefront has seen many tenants come and go. “I think this is a lot better than what’s been there. It looks a lot better.”

The store, which is supervised by a registered nurse, offers three types of medical marijuana products: Sprays and tinctures, both which are used orally; and lotion, which is rubbed on and typically marketed to spot-treat pain.

The store will soon begin sales of vaporizers, which are used much like electronic cigarettes.

Products high in the euphoria-producing component of marijuana known as THC (tetrahydrocannabinol) come in three strengths. The “calm” varieties have the lowest levels; the “soothe” is middle-of-the road; and the “relief” is the highest strength – commonly recommended for pain relief in cancer patients.

The calming oil tincture is currently the store’s most commonly purchased item, said Stephanie Maruca, the store’s on-site nurse and its director. Though Maruca said she expects the vaporizers will soon take that top spot.

Costs for the typical 45-day supply of cannabis products range from $50 and $350, depending on the dosage and type of product. Insurance does not cover any of the cost.

As for the handbags on sale: All look like any purse or handbag, though some have locks on them. Others offer heavy insulation, so the cannabis scent is undetectable.

It’s worth noting that, despite its increasing popularity with the public, marijuana’s actual benefits as a medical therapy are a matter of some scientific controversy.

It also found “low-quality” evidence demonstrating its efficacy in easing nausea and vomiting associated with chemotherapy, helping with weight gain in HIV patients and helping with sleep disorders.

Still, many swear by it.

Lolley said she has seen the benefits first-hand and doesn’t mind spending hundreds of dollars a month to buy a tincture of low-THC drops for her adult son.

Before he started using cannabis, he would suffer seizures at least once every other week, she said. She said he hasn’t had one in two months, shortly after he started cannabis treatment.

“It’s kind of high (priced), but it’s working for him,” Lolley said. “If it helps him not have a seizure, I’ll buy it. He’s like a whole different person since he started taking it.”

Surterra opened its Wellness Center in Tampa, its first, in October.

It is one of five brick-and-mortar dispensaries state regulators have so far approved and, along with another in Tampa and one in Miami, are the nearest to Southwest Florida.

(The Bradenton Herald recently reported that another operated by the medical marijuana company, Trulieve, will soon come to that city.)

Two other companies, Knox and Chestnut Hill, provide only delivery service, according to the Florida Department of Health.

Qualifying patients in Southwest Florida may obtain the drug by courier. But it may be some time before this region sees its own dispensary.

There are the moratoriums in south Lee County communities, though the county government itself has not yet taken an official position. Naples signaled its own skepticism with its own ban on dispensaries in 2014.

The city of Fort Myers is also preparing its own ordinance that would ban such establishments for at least six months, said Fort Myers spokeswoman Kirsten O’Donnell. The city has not yet been approached by any state-approved marijuana producers, O’Donnell added.

Surterra officials, who are now finalizing plans to open a shop in Pensacola, say they hope to eventually move into Southwest Florida.

“We’re working on it. But those folks down there were among the first to put moratoriums in place,” said Cameron Champion, Surterra’s chief operating officer. “We will be there as soon as they will allow us.”

For now, there are nearly 1,800 in Florida who have jumped through all the procedural hurdles needed to get access to medical marijuana, according to the Florida Department of Health. And, as of this week, 388 doctors are allowed to help them procure it.

Surterra’s own customers number in the hundreds, Champion said. Though they expect that to change quickly once more patients begin qualifying under Amendment 2 later this year.

Prior to the passage of Amendment 2 only two kinds patients could access medical marijuana: Those with certain medical conditions, such as chronic seizures, who benefit from non-euphoric strains of cannabis; and patients with terminal illnesses wanting to use full-strength marijuana to ease their pain and other symptoms.

The constitutional amendment passed in November expands eligibility to patients with “debilitating illnesses,” such as cancer and post-traumatic stress disorder. One Florida analysis concluded that Amendment 2 might qualify 450,000 Florida patients for marijuana.

Surterra is quite aware of the growth potential.

“We have a huge expansion plan in place,” said Russell, the company’s spokeswoman. “We’re looking at places all over the state.”